The Rise In Petrol Prices, And The Bharat Bandh That Followed

Today each and every middle class citizen of India is talking about the rise in the price of petrol. In the year 2002, petrol in Delhi was available at 29.2 INR/litre and at present it is available for 73.18 INR/litre. This means almost a rise of Rs. 5 per year. 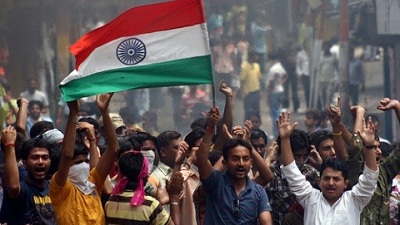 But these figures or the reason behind the rise hardly influences a common man today, because for them all that matters is that ‘rise in price is not wise’. So this ultimately leads to agitation among masses which results into declaration of ‘Bharat Bandh’ not by the common people but by opposition parties who are always ready to give reaction to each and every action of the Congress. On Sunday, Jun 3, 2012 at 11:20 AM, the nationwide Bandh called by NDA the earlier Thursday crippled the commercial capital of the country, causing it to incur loss of worth Rs. 270-300 cr. Â In total Rs. 130,000,000,000 is the cost of Bharat bandh.’
Contrary to the claims of chief minister Sheila Dixit that the ‘Bandh was a total failure in Delhi’, major markets from Chandni Chowk to Khan Market did remain close throughout the day. The loss of public and private property and creating chaos in the society by setting up buses on fire or railway tracks being squatted upon have disrupted the public life, as was the case in Maharashtra .This Bandh culture in West Bengal has caused Rs. 800 crore loss in the net state domestic product of the eastern state.

Apart from economic losses and political turmoil what requires our attention is that these political based protests hit the poor and daily wage labourers the hardest. These labourers- whose necessity are just food, cloth and shelter and earn a minimum amount of wage per day- their survival becomes a difficult question during agitations.

Political parties are so busy in displaying the interest of the middle class in order to fill their vote banks that they completely ignore the existence of these poor people, and knowingly or unknowingly hamper their survival.Â These protests lead to economic imbalances, degrade the society and increase the gap between all social classes. Protest is a mode by which you express your opinion and not your aggression against the injustices; but the kind of protest which is in practice today will only turn our country into a burning battleground.

“Dissent Is Nothing But A Difference Of Opinion”