Encounter Targeting Naxalites in Chhattisgarh: Success Or A Massacre? 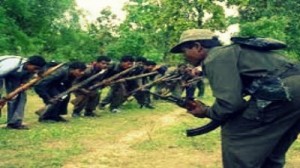 Even though they have been declared, an organization under the Unlawful Activities (Prevention) Act of India (1967), they have continuously broken out into apoplectic bouts of violence in the name of revolt. The recent encounter with the Naxals in Dantewada, Chhattisgarh’s open fire has stirred the matter once again. It is said that there was meeting of the Naxalites in the village that night, and on hearing about the arrival of the CRPF, they mingled with the village crowd which led to utter confusion. This has been an often planned gambit of the Naxalite leaders to hold meetings in crowded locations to prevent an open shootout. The gunfire killed 19 people and left 6 soldiers wounded. The casualties include women and children. It was a clear case of the Naxals taking shield among the villagers leading to the death of many innocent adivasis.

It is also said that the CRPF had poor coordination with the local police and that the attack was not planned properly. There have been allegations that the entire operation was a hoax, but the fact remains that the lives of thousands is in constant danger in this fight against Naxal groups. The increasing death of innocents is another boon for the Maoists as it ignites more anger in the villagers against the forces. The biggest advantage of the Naxalites is that they are commoners. This disguise of normality is what endangers the lives of other civilians.

A deeper study on the socio-economic demands of these radicals should be conducted in an attempt to minimize rural violence. The government and the police will have to re-strategize and re-mould their plan of action as shooting at Naxalites in a populated neighbourhood is a bad idea. Dr. Manmohan Singh addressed the Naxal groups as one of the largest internal security threats to India, and he also added their end on the country’s prime agenda.

“India Should Salute The Farmers For Their Discipline And Endurance”