How Important Are Marks In Today’s Era

When we were kids, our grandparents would tell us stories based on their life experiences. To start with we were told about how they would get just about 20 rupees as pocket money. They had the privilege to decide how to spend those 20 bucks which meant the world to them. They would narrate how each one had twenty siblings or more, the fun they had, the fights and the partiality between the siblings .We were told how they wouldn’t study but at the end of the day most of them have earned a living. 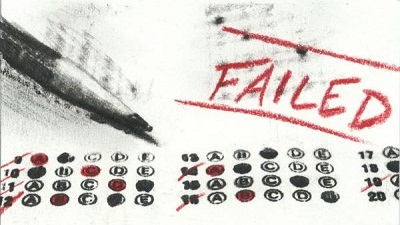 Today small family norms, studies and education have become very important for the youth. If not for a 99% cut off we are refused admission into many colleges. Even if we are given admission the credits do not go to the student who has worked hard enough. This is because of the extent to which corruption has reached. The donations asked for, by the colleges are not affordable by majority of the people. This hinders the confidence of the students.

In the 21st century education is one of the most important factors .But the big question is whether education NEEDS TO play such an important role among the youth or not.Â We need to accept the fact that not only education counts, but it is the values, smartness and one’s personality which will help us be someone someday .I do agree that a major portion of credit goes to education. Without education there would be no smartness, no values learnt and no employment. But it shouldn’t cross the border line where very soon cut off percentages for colleges would be a 100%.

Today the pressure of competition has crossed limits due to which people are committing suicide and losing their self confidence. This is a major issue which needs to paid emphasis on.