Is Technology Really A Boon Or A Curse?

In simple words, technology symbolises advancement of human knowledge and man is considered as the creator. Let’s accept the fact that modern life is unthinkable without science and technology, but that doesn’t mean we ignore the darker side of the issue. Let’s briefly discuss about the negative impact of technology on living beings and environment. Various educators feel that the notion of ‘technological society’ is bringing up a generation of kids in front of computer screens, whose brains are going to be peculiarly different. 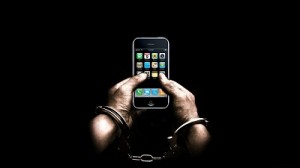 Technology was discovered for the sole purpose of human development but today it is considered as a setback by many environmentalists. I think the basic problem is that, that when technology gets in the wrong hand, the results can be dangerous and can simultaneously have negative impact on the sustainability of human race. At the same time its adverse effect on society can hardly be ignored.Â Cyber-crimes, hacking, stealing of personal information, MMS scandals, illegal pornography and various other issues have emerged from the misuse of technology. The abuse of technology for economic interest is equally responsible.

The major reason for increase in violence is the advancement in the production of arms and ammunitions, bombs, bio-chemical and nuclear weapons, which gave security and insecurity to different countries but at the same time brought violence both internal and between nations. Increase in pollution has resulted from technological advancement which has degraded our environment and has polluted our water bodies to a great extent.

It has not only spoiled our lifestyle but has equally affected the length and quality of our life. The truth is that science and technology has laid an extensive burden on irreplaceable resources and though it has increased human potential, it has subsequently reduced human limits. The issue is that, though we want to enjoy the benefits of science and technology but at the same time we have to avoid the threat of its misuse or abuse which risks our life and nature. Generally people like us who are on the benefitting end, have little or no control over the adverse impact of science and technology. Maybe this is the reason why we assume that there are no issues with technology and if they exist, we believe that we can apply technology to remove or suppress them.

We can’t abandon science and technology but the unwanted and negative results of technology should be identified and verified, and proper deliberation and efforts should be made to control these unwanted aspects.