It’s seriously a burning question from today onwards for the whole country, or I must say, for the future of entire nation. As it seems through media reports, that most of the political personalities are giving kind of an open challenge to the “Anna Team” to go for politics. But somewhere in our hearts, all of us want Anna Hazare not to join politics. 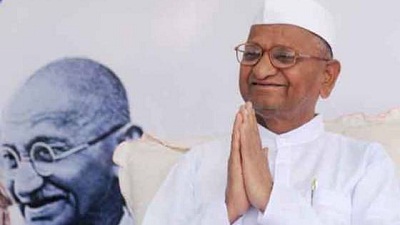 From my point of view, Anna personally should not stand as a political person but his team should make a political party to fight back against corruption and to pass the Lokpal bill. As of now, all Indians have come to know that our “respected shameless ” government is not going to listen anymore, the way they had not listened earlier, but this time they are totally showing there bloody stone faces to us and the Anna Team. They are trying their best to divert the public’s mind by such nonsense “grid fault” and “bomb blasts” which exactly show how lame our government is.

In fact, did anyone ever notice that our national channel i.e. DD National never broadcasts the Anna Team movements ever? Is it because in many villages or I must say that major part of country from rural side watches this channel the government doesn’t want those people to know about the real face of government they have faith in? And if it’s not the answer of this question then what’s the real reason?

“India Should Salute The Farmers For Their Discipline And Endurance”