â€œI Was The Golden Birdâ€: An Ode To Indian Freedom 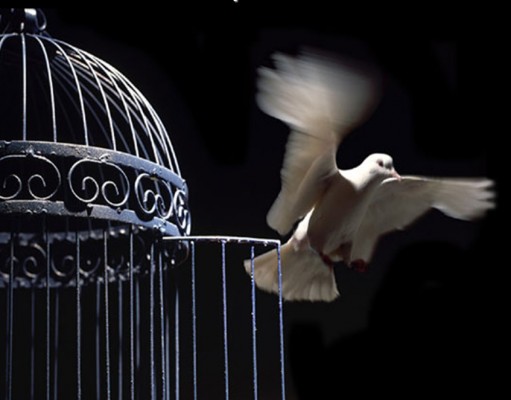 When I flew out back then, it was midnight.
I remember it like yesterday,
But days have passed and seasons changed.

By now,
That cage would be rusty and drained,
in the blood and hatred of a father’s heart…
and tears drenching a mother’s path.
A few bars would have worn out,
after seeing the passion in flaming saffron, and serenity of the waving green.
Seeing the avid glint in those eyes,
of that kid running after a loose end kite.

“I won’t fly that way ever”, it’s a known belief.
But
it’s not my will, nor my way,
it’s the will of this wind,
which is in the same direction again.
I know the cage waits for me there; hanging on that creaky nail.
Its door ajar,
for me to fly in and again be slaved.
So before I get back to the same place,
I bow my head in remembrance of my first flight as a free bird,
lest someone saves me on my way,
I salute to the zeal and the gripping energy of that August day,
and I sing to the memory of a million dreams
that soared with my flight,
when I flew out on an August midnight.

From Building Toilets To Cleaning Up Trash, Why Is Cleanliness Important?