Punishments That Keep Indians Going: Challan Of Rs.2000 For Wasting Water In Chandigarh

We have proved once again that we Indians won’t ever change. It is like beating a dead horse until or unless an electric shock is provided to us to keep our systems in tune else we will be delinked from the natural rhythms. Give someone an inch and they will take a yard and residents of Chandigarh proved that yet again. 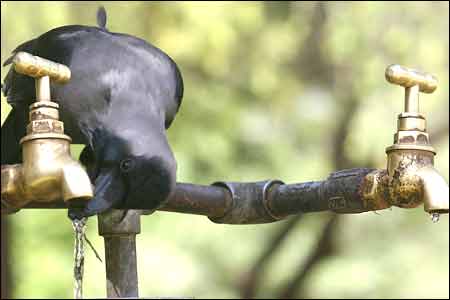 As per a survey, out of total generation – 381.4 million litres per day water – the city wasted 122.53 million litres on daily basis. In some places, people even made big holes in the main water pipelines and took water from there illegally.

The Municipal Corporation in Chandigarh has found a new effective way of tackling water wastage during summer months – by slapping a challan of Rs. 2,000 on residents found wasting water. In a drive launched by the municipal corporation’s public health division to check wastage of water, at least 192 defaulters were found during a period of four days. Fourteen teams constituted in this regard checks in different sectors. The teams check wastage of water in morning hours. The residents who are found watering lawns, washing cars and courtyards using hose pipes or filling coolers are challaned. If the violator continues his action after being challaned for more than 3 times, then their water supply connection is terminated.

The Municipal Corporation has earned a sumptuous amount of Rs 20 lakhs this year by imposing 1,002 challans against the local residents. So many campaigns, so many awareness programmes are organized every now and then to make people realize the importance of natural resources. The only groovy idea that worked was imposing fines. The wastage of water has been controlled up to a considerable extent and the gap between the demand and supply has been curtailed.

The question that arises someday or the other in everybody’s mind is “What will happen if I don’t?”.The solution is same for 95% of Indians (the lethargic Indians) —a kick on their back (imposing fines) because that only seems to work.

When was the last time you felt bad and did good?