Be Careful Where Your Feet Tread: The Sad State Of Footpaths In Bangalore

When I last visited Bangalore, about four years ago, I could not help but notice the poor quality of footpaths in the city. True, I was there for only two months and frequented very few parts of the place, but I always used to wonder how hard it would be for my grandparents to stay in the city. The bricks on the roads were missing here and there and the footpaths were hardly levelled properly. 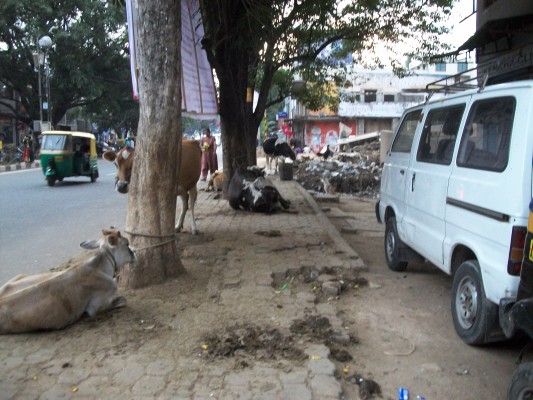 Four years have passed and I have finally settled down. Time might have flown but I can still see that my earlier assessment is completely true. The state of footpaths has actually deteriorated from the already bad state it was in, four years ago. I have hardly found anyone raising this issue in the media. Since Bangalore is a young city, the only issues discussed fervently in the public space are ones which affect the youth the most. It is ironic that being a part of that youth and writing this on a forum meant for the youth, I am raising an issue which particularly affects kids and senior citizens.

Footpaths in Bangalore are in a really bad shape. In many places, there are no proper footpaths at all. Even in places where footpaths exist, they are either very narrow, or completely unlevelled. The possibility of tripping over a protruding brick on a footpath is very high, especially for children and the aged, not to mention, the disabled. Is it okay for a city that prides itself on being considered one of the most advanced cities of India to be so hostile to the physically weaker sections of the society? It sure is something worth thinking about.