Chowmein Is The Next Aphrodisiac Claims Khap Panchayat

Disclaimer: The claims made in this article are baseless and meant to reveal how unwise the Khap Panchayat sounds these days.

In a recent discovery by our very own counterpart of ‘The Royal Society’, the Khap Panchayat has found that chowmein can act as a substitute for the aphrodisiacs available in the market. This important scientific discovery has thrown our markets in a chaos. As soon as this earth shattering news was revealed, chowmein prices have shot up, a black market trade in the same has started underground and street vendors have suddenly found themselves sailing in the shoes of Tatas and Birlas. 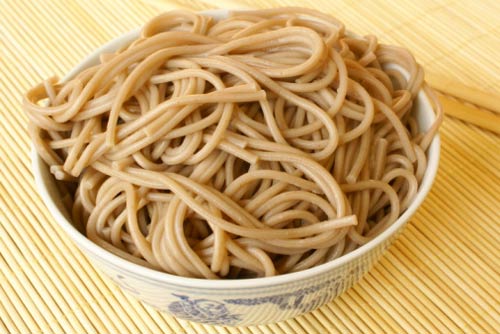 What used to be a commonly found food variety loaded with soya sauce has now become a rarity so endangered that one strand of the noodle now carries a tag of “price on request”. Talking to an elite member of the Khap Panchayat, who spoke to us on the condition of anonymity, it was revealed that it was a ploy by China to control the young minds of Indians by feeding us chowmein. If the Indian youth was involved all day long in finding a ‘mate’, they would show no interest in the happenings of the socio-political world. The Khap Panchayat, being a self-appointed vigilante of the society (secretly equating themselves to Batman in ‘dhotis’ and turbans), thought, it is their moral duty to protect the budding minds of Indian citizens.

“The young people of our country are acting like bunnies and it is all because of chowmein. We must get rid of the devil”, a concerned leader of Khap Panchayat was quoted as saying. Far from dissuading the youth to shun the Satan’s diet, they have welcomed this news with zeal. “I felt embarrassed buying the blue pills in the market; after all, we have a culture in India. But this is so awesome. As it is I eat chowmein every day, now I will eat even more,” a harried looking young male commented with obvious expressions of glee.

One interesting observation made by a listless bystander was that a lot of old men were seen flocking chowmein sellers and restaurants. When asked for the next course of action to protect the Indian population, Dr. Manmohan Singh remained silent but a smile was noted to be playing around his lips.

[box bg=”#fdf78c” color=”#000″]About the author: Rigya Singh is the Senior Sub Editor at Youth Ki Awaaz. To read her other posts click here.[/box]