The Joys Of Durga Puja: Why We Eagerly Await The Festival

Durga Puja, known colloquially as Durga Pujo essentially entails worshipping the Hindu Goddess Durga. Durga is a Sanskrit word which means ‘she who protects from misfortune‘. Durga Puja is a typically Bengali-Hindu religious festival, the most popular community festival in West Bengal and wherever there is a sizeable Bengali Hindu community in India. Durga Puja is primarily a community affair with the family playing an important role but the pandals may be sponsored and financed by the people of neighbourhood or perhaps by a city block. 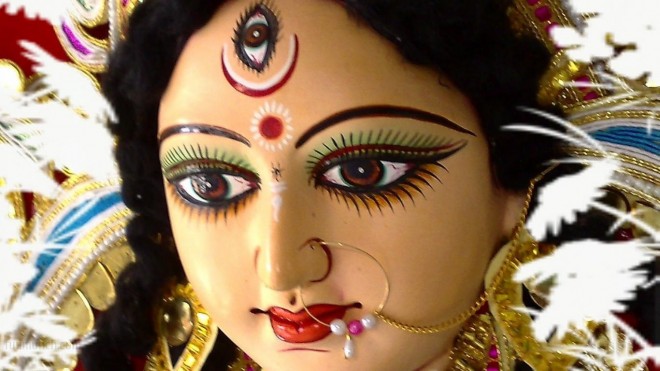 Right from the potters, craftsmen, drummers, painters and blacksmiths to the gardeners, cleaners, decorators, artists, artisans and the high priests, Durga Puja invariably generates brisk economic activities for a large number of people, especially in the rural areas, for a large part of the year. In the olden times, the feudal landlord of a village would sponsor and pay for the festival in those days with all the subjects of the landlord joining in the ceremony and possibly contributing in kind. Other aspects of the festival, which continue to exist, are giving gifts to loved ones, remembering those people in services through special gifts, new clothes, shops and stores set out especially for the holiday season, school vacations, treats and so on.

Then there are Agomonee songs that announce the arrival of the Goddess. Agomonee songs would be set to folk melodies and sung by roving folk-singers. Unfortunately they are not much in vogue these days. Also, the custom of sending cards is not that widespread. However, after the Durga Puja festival ends on its fourth day, a custom of visiting elders to pay one’s respects in person is followed. Durga Puja instils this sense of ecstasy within people and is one festival which is loved and awaited by one and all.