Horrific Acts Of Violence In Bangladesh Need Us To Rise Up

It is all but natural to see violence and mayhem inundate the streets of Bangladesh a year before the next national elections. As difficult it is to admit, it is the harsh truth and is all but customary. But recent violence has escalated to an extent, that it tests the threshold of the grotesque. The case of Biswajit Das is a chilling reminder of how deplorable acts of violence and macabre has taken civil society by the hand and thrown it in a whirlpool of catatonic awe. 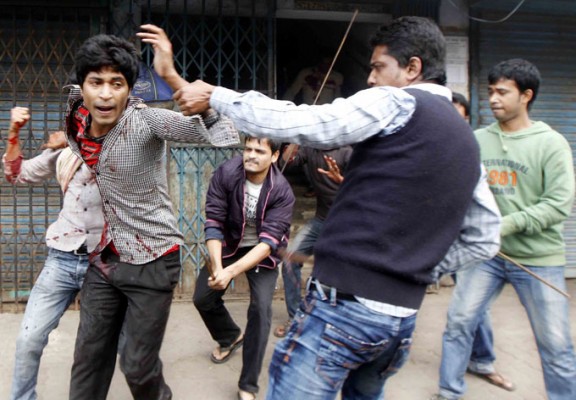 Biswajit Das, the 24 year old fell victim to the proverbial ‘case of mistaken identity‘. During the nationwide strike called by the main opposition, Biswajit Das a tailor by profession was hacked to death by the furious mob. Despite repeated proclamation of innocence and not being affiliated with any political party whatsoever, he was brutally mutilated. The scenes were sickening and what came as more of a surprise was the fact that national television channels that captured the footage, ‘just’ did their job’.

In horrific cases as such it is not a question of why it happened anymore, but based on just humanitarian grounds it is all but imperative to bring the murderers to judicial justice. As part of civil society of Bangladesh, and I am certain I speak for many, we condemn such heinous acts of political violence and we implore that justice is done.