Indian Student Kicked Out Of UN Climate Change Conference, For Being Right? [UPDATED]

Imagine being stopped from something because you are right but the higher-ups don’t want to accept that you are right.

Imagine being banned from entering a conference just because today’s more powerful people know that you are right and what you are going to speak is surely going to convince everyone. 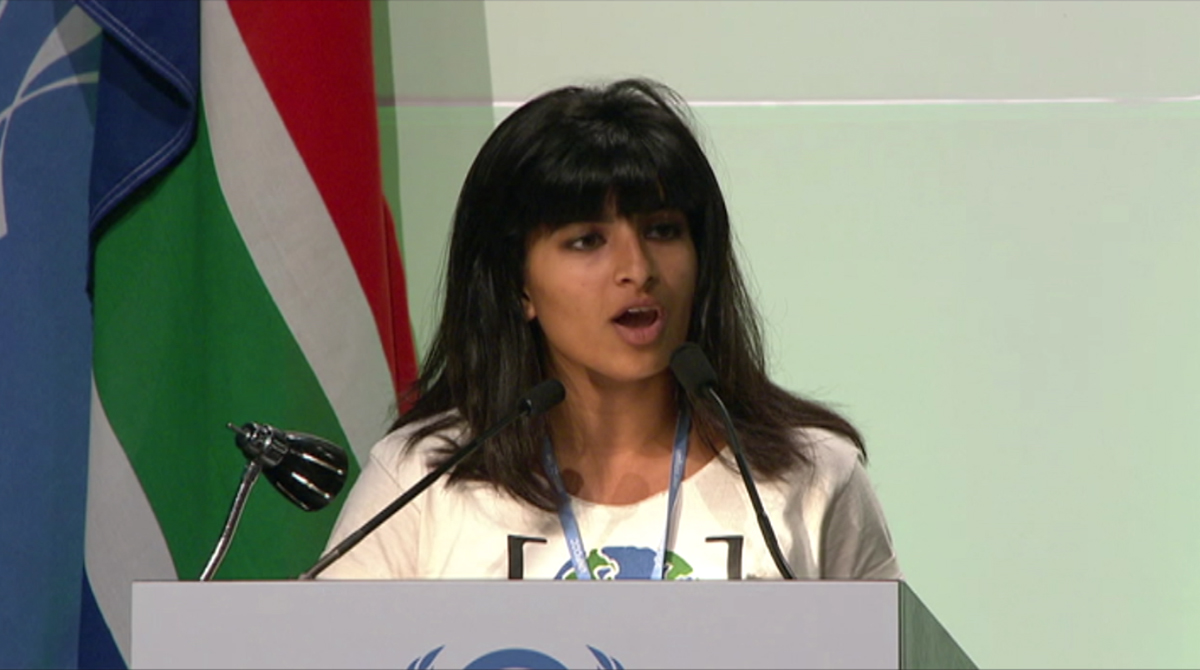 That pretty much is Anjali’s story. Miss Anjali Appadurai hailing from South IndiaÂ is student of The College of the Atlantic, a small college in Maine. And in 2011, when the United Nations Conference on Climate Change was held in South Africa, she got a chance to speak in front of some of the world’s most powerful people. She spoke for the youth, the next generation or in her own words, “On behalf of more than half of the world’s population”.

This year too, she got invited to speak at the United Nations Conference on Climate Change held in Doha, Qatar. But, once she reached Doha, surprisingly, she was not granted entry into the venue where the conference is being held.

What was the heinous crime that she committed, you might wonder. Nothing other than speaking for the youth. Speaking for the future. And using the hideous n-word, NOW!

That is what the authorities were unable to digest, because all they are interested in are long term plans. The motto, “Think now, Act later” (maybe when it is too late). Just imagine the tension and the mental dilemma she might have faced when she came all the way to Middle East just to be told that she was not allowed to participate in the conference. But she has kept her cool and the youth there supporting her have written a polite letter demanding her reinstatement. However, if Anjali is not reinstated, there most certainly will be an effort to mobilize young people around the world to support her.

I think her voice needs to be heard at this year’s conference too. Don’t you?