Killed Her Rapist And Got Her Bail: Here’s Why We Are Clueless

Rupam Pathak was sentenced to life imprisonment two years ago after the murder ofÂ Â former Bharatiya Janata Party MLA Raj Kishore Keshri. Â On Tuesday the Patna High court granted her bail. In 2010, sheÂ had filed a case alleging sexual harassment from the MLA. A year after this, she stabbed himÂ at an open assembly in full public view. The two points kept in mind while deciding for the rape were the facts that the first officer who arrested her form the crime scene could not find the knife and the FIR reached the court after 2 days. There can be a hundred doubts about this case. But we are concerned about how it affects today and the to be made anti-rape laws. 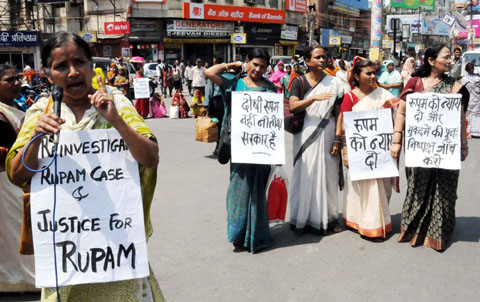 Now this was the scene. She is currently free. The question that arises following it, is how will this relate to the current flood of debates the country is fighting over? Castration, capital punishment, life imprisonment after castration and there are many other options that we are discussing about, with regards to the most suitable punishment for rapists. But in the end when the victim herself takes action against the monster in her life, how do we justify that? Do we justify it or not? This incident leaves us in a dilemma. When you cant finds answers in the whites and the blacks, you have to row your boat into the greys.