Nokia And Samsung Vs. iBall And Micromax

India is relatively new to the ball-game of consumer electronics manufacturing. Consumer electronics include television sets, washing machines, laptops, mobile phones, refrigerators etc. As a rapidly growing economy, India has a huge market potential, which has been tapped quite effectively by foreign manufacturers. Although it is a major consumer- a market standing at 25 billion USD, it doesn’t play a major role in manufacturing. The few known Indian brands are Videocon, BPL, SuKam, Onida and iBall. The ‘Aakash Tablet’ also deserves a mention when talking about electronic devices made in India. 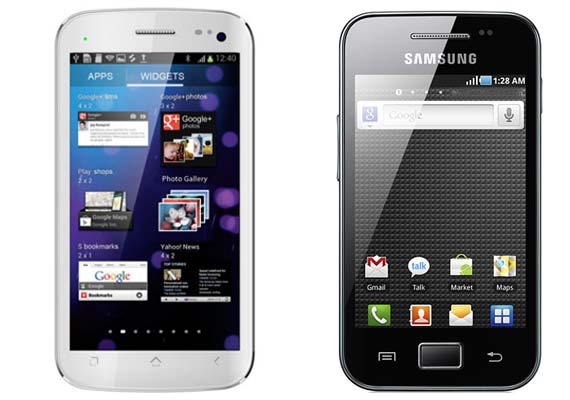 Although Indian made goods are cheaper, they lack in user experience. How a person feels when he/she has the product, whether it is easy to use or not, whether it looks elegant or not etc. Indian manufacturers get the functionality of the product right, but fail miserably when it comes to user interface. The graphics and the ‘look and feel’ of the product are not comparable to their foreign made counterparts. This is probably one of the major reasons why consumers prefer Samsung and Nokia phones to Micromax and iBall although they are substantially cheaper.

Another major disadvantage that Indian companies have is the severe lack of marketing and advertising. There are hardly any advertisements, and hence consumers aren’t aware of these brands. Even in the cyberspace Indian brands are not actively marketed. A simple comparison of iBall’s website with Nokia or Samsung reflects this. All this leaves the customer wondering if the product is really worth it.

In the past 2-3 years the game seems to be changing. With a sudden spurt in the number of Indian companies entering the manufacturing arena the Indian customer cannot help but notice them. With a little more focus on advertising and user experience they may become major players in the near future. Let us hope India becomes a technological giant sometime in the future, one that can easily give a country like Japan a run for its money.

Namaste Tesla: Is India Ready to Go All Electric?