The students of NIFT all over India, dressed in black, have reportedly left their classrooms for streets, protesting against the sudden fee hike proposed by the Central Government and Ministry of Textiles. National Institute of Fashion Technology, also commonly known as NIFT, is usually associated with the best in the field of Fashion, Art and Design; having produced well known designers like Rohit Bal and Manish Arora as well as many models. It is the premier institute of design in India and every designer’s and modelling enthusiast’s dream, being directly related to the fashion and entertainment industry. 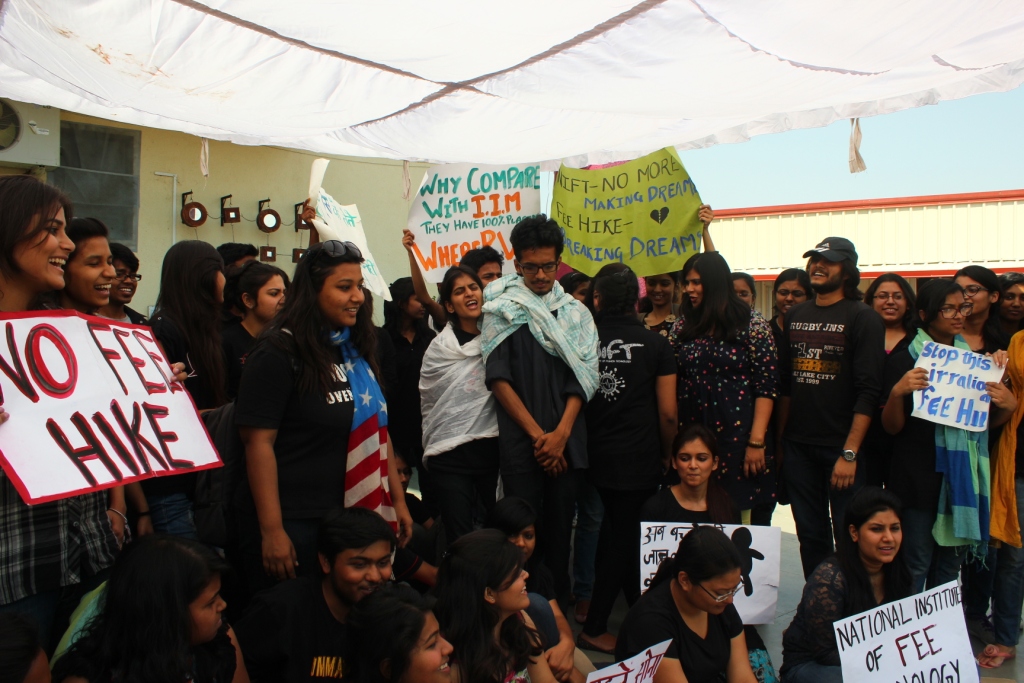 However, the distressing scene that we are witnessing today is that all of the NIFT students in all the centres, well on their way to design world are now armed with banners and a sense of deep respect for their parents hard-earned money, have left their academics and are protesting severely against the massive fee hike recently proposed by the Central government.

Students from various financial backgrounds get admission in NIFT every year through the entrance exam which is solely based on merit. There are two semesters in a year and fees per semester are 40,000 INR plus accommodation and other facilities, which amount to 60,000 per semester or about 1,50,000 p.a. As a result about 30% to 40% of the students in NIFT have to take education loans. 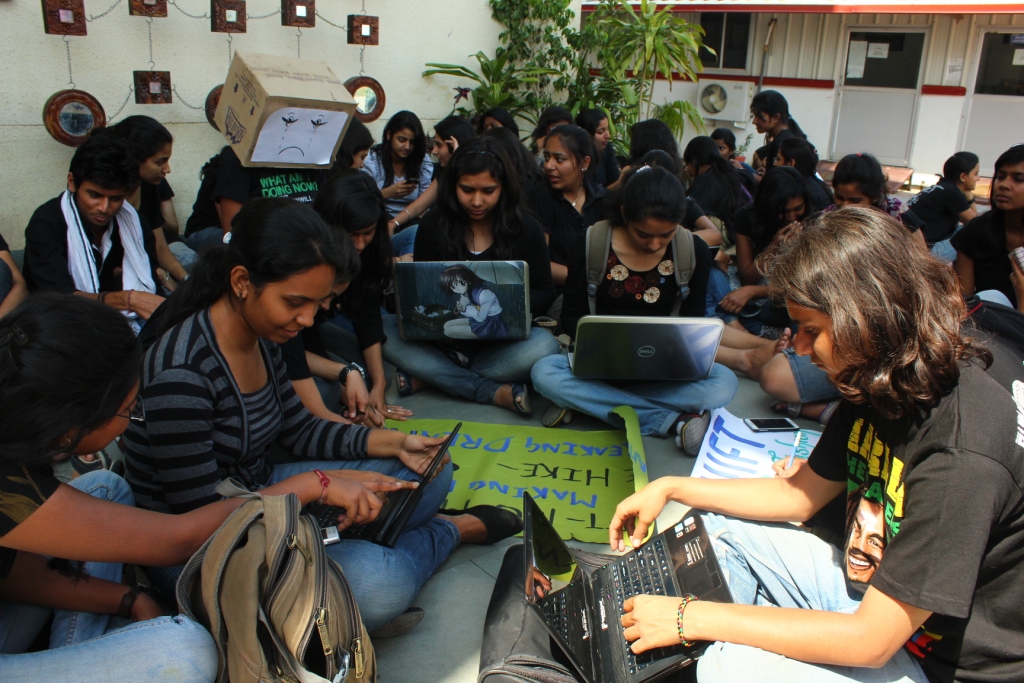 However, the newly proposed fee hike has us seeing 10% fee hike Â in every section of the fee structure per year which means the students will have to pay up to approx. 30,000 INR extra every year and it may go on increasing as there have been no specified limits to the proposed fee hike. Also, the Government stillÂ hasn’tÂ given a reason to the parents so as why the unsolicited fee hike has been proposed out of the blue. 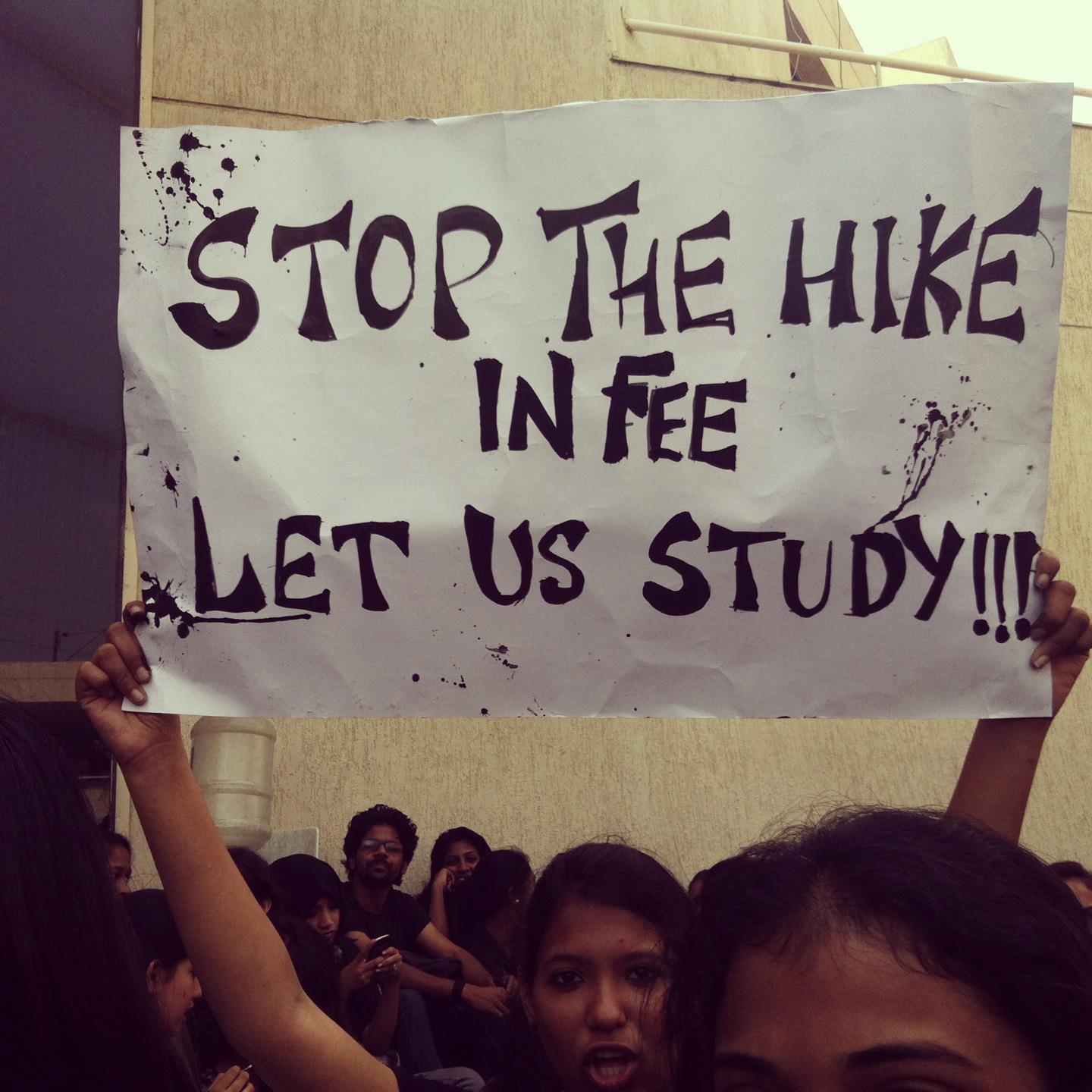 This decision by the regulating bodies has left the parents and students in a disbelief, as paying an extra Rs. 30,000 approx. every year is not a small deal.Â Also, it has been observed in many centres that in spite of the high fees, facilities like wifi, gym, sanitation and mess , though promised by the government are improperly provided for, or in some cases, entirely absent.Â It is such a shame to see that the age old government taxation as well as lethargy in proper implementation of funds has seeped into the field of education and has affected a premier institute like NIFT to such an extent.