This is the message that millions of victims and survivors of prostitution will hear if their experience of violence is invalidated by our politicians and policy makers, who want to remove prostitution as an explicit form of exploitation in the Criminal Law (Amendment) Bill.Â Prostitution was clearly defined as exploitation in the 3rd February 18, 2013 Presidential Criminal Law (Amendment) Ordinance, but now there is a move by some in the law ministry to retreat from it. They use the excuse that defining prostitution as exploitation will deprive the prostituted girls of a livelihood. 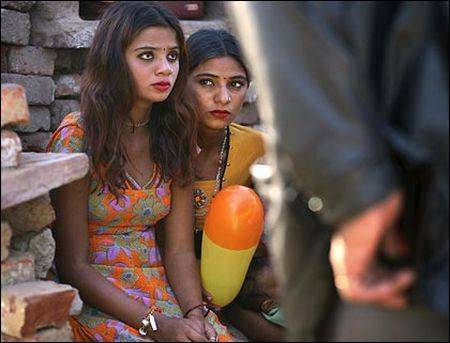 In reality, it is not the livelihood of the prostituted girls that will be affected but of those who buy and sell them. The money made by theÂ traffickers is what drives the industry. They hunt for poor and low caste-girls to trap into prostitution.Â In fact, most of the prostituted girls are kept in debt bondage by the sex-industry. They are often told that their families took some money from them and that they are working off the debt. Pulled out of school and subjected to serial rape, these girls lose count and don’t event know how much the debt is, or when it is repaid.

Even among those who are remunerated, their income includes disease and violence along with the cash, pushing them deeper into poverty. Having gotten in because of poverty, almost no one gets out of poverty through prostitution. They are lucky to get out with their lives, given the mortality figures.

The women in the industry known as “flying sex-workers” who rent a room in a brothel district, and come daily, to earn cash get deeper and deeper into debt. The lion’s share of their earnings goes to others; landlords who charge exorbitant rent, pimps who take chunks of their earnings, doctors or quacks who rip them off to deal with all the violence and diseases they pick up, the police who extort money from them, money-lenders who charge them with steep interests, musclemen who take protection money, bootleggers who give them alcohol and other substances to deal with the repeated body invasion, transporters who bring them and recruiters who introduced them to the sex-industry.

Prostitution is an occupation in which you earn less with more experience and age. The trajectory of a prostituted female is from debt bondage to begging to early death. For a few years in between, she is allowed to keep some of what she earns. But these earnings are used up to pay for the bed she uses, the clothes she and her children wear, the food she eats, the makeup she puts on, her medical bills, her children’s schooling, the drugs and alcohol she uses to block the experience of repeated body invasion, repayment of debt to the money-lender, and protection money to the pimp.

Brothel managers begin to put pressure on prostituted women to replace themselves with their daughters. Faced with the prospect of sleeping on the sidewalk and starvation, many succumb. Every single prostituted woman I have met, wants to save her daughter from the same fate as herself. And they think someday society will stand by them, and create laws to protect them and their daughters, and hold accountable all those who rape, buy and sell her.Â They are constantly betrayed. One of the most repeated words that prostituted women use, is ‘Dhoka‘. They feel betrayed by family members who let them go, pimps and agents who sell and buy them, clients who rape them and a society and a country which does not stand by them. A country which has ignored their absence of choices—simply because they were born poor, low-caste and girls.

The same country, which is working hard to end impunity for rape by appointing commissions and amending laws. Are these laws only to protect females from the upper castes and upper classes? “Will those who contract away our dreams never be held accountable?”Â asks Fatima Nat Dhuniya, a 28 year old, who was trafficked at age ten in Bihar.

Is the rape of poor women from low-castes to be ignored, especially if it is rape for profit? Are we not even willing to consider their rape exploitation? Will the millions of prostituted women in our country once again experience Dhoka?