What Happened To ‘Atithi Devo Bhawah’?

The ‘cultured’ India that is famous for its approach towards respect, non-violence, mercy, love, peace and many such human values is started behaving differently in the present phase of modernity. India started to ‘react’ violently and probably trying to give a message to its (so called) ‘competitors’ and ‘enemies’ in its (wrong) way that on one side not only needs to be discouraged due to law and order, international diplomacy etc but also due to safety and promotion of India’s own self regulation, safety and harmonious society with the values that India lived since hundreds of years and for which India still get recognized on the global front. 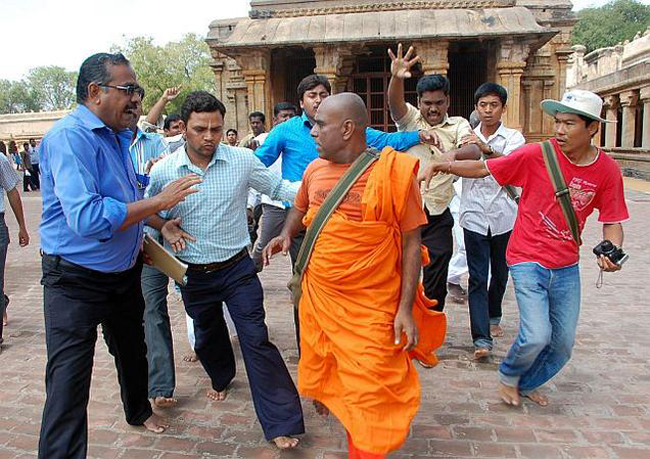 From the news reports of a single day , a Sri Lankan Monk assaulted in temple of Thanjavaur by Tamil outfits and the next news is Shiv Sainiks disrupted the Sindhi Sufi Music festival against participation of Pakistani singers. The main point is that of protest and ‘violent’ acts against the (visitor) people of ‘other’ countries in India. Some days ago, the Pakistani prime minister also faced the protest on his visit to India on a personal and private trip. The concern is towards the way in which we are trying to react. It cannot be justified from any angle that people of India, (mostly of some political outfits), trying to oppose the ‘people’ (of other country) rather than action of ‘government’ (of other country). Assaulting people of any country in India cannot be justified in any way.

People primarily belong to the earth and therefore get their natural right of movement to anywhere without the political boundaries. All other formalities have been framed by political governments just to maintain the safety of the people and to provide them with necessary assistance in fulfilling the natural right. India has a well established tradition of a polite and humble country, it has a famous quote to its name ‘Atithi Devo Bhavah’ (Guest is God), but it must think if it can really maintain its core values in respecting the people who belong to other nationalities.

Attacks on Sri Lankan Monk and Pakistani Singers must be condemned widely by government(s), political outfits and common citizens because if we, the people of India, will not react and protest against these ‘hateful people’, there will be a void in our own values, our resolve towards equality and fraternity.