There’s a bomb blast and people are seen running for their lives in the busy streets of Bangalore. The same happened in Boston. So, what was the big deal? We hear explosions every other day in India now. But this is not the case in the United States. The difference in the ways in which Indian and American security agencies respond to such terror situations isÂ surprising.Â While our diffident Prime Minister addresses the people by saying the same mugged up lines like, “We are looking into the matter!” or something like “Investigations are underway!”, the American President simply says, “We will find you!”, and he really does. 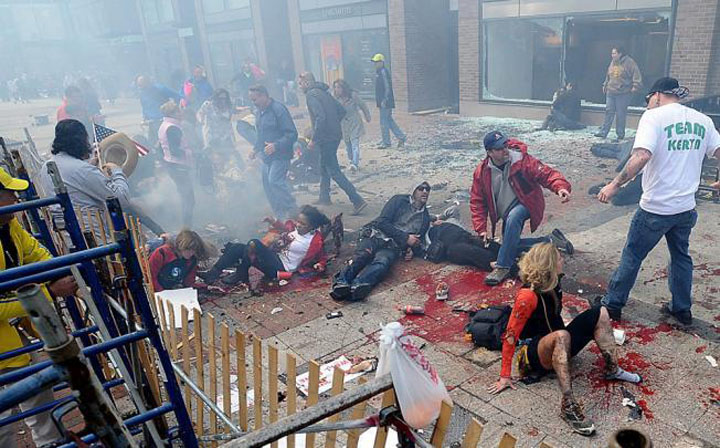 While the Indian authorities keep searching for clues through conventional means and obsoleteÂ equipment,Â American authorities immediately fling into action with their updated technologies and succeed in capturing perpetrators within a week of the bombing.

Indian media has also played a major role in exaggerating such intense situations. Live coverage of the 26/11 Mumbai attacks just to popularize the news channels proved disastrous as the terrorists could see the outside activity on television from inside the Taj Hotel. However, the operations in the United States are usually covert and only come to light when they are disclosed with an upshot.

In India, political parties are only busy blaming each other for the lack of adequate security provided by the ruling party so that they can influence the people to vote for them. Investigative agencies are working in haphazard ways under Government’s pressure which leads them nowhere. People forget what happened and move on until another terror strike occurs. Minutes after a blast, torpid ministers are seen flaunting their bulging bellies giving their invaluable condolences to the families of the deceased. Is this really needed? Would a Rs. 50,000 cheque actually help a family who has lost their son in the blast? We only wake up to install CCTV cameras after a blast has occurred. Ten people need to be killed before we can install security cameras.

Such security breaches are the reason why terrorists find it so easy to attack people in India. Boston bombing was the second attack after 9/11 in the United States while India has witnessed about a dozen attacks since then. Our Government agencies need to upgrade their minds and take stringent measures to counter terrorism. We need to learn from the United States and other developed countries before we end up losing more lives and more people are traumatized.