Here’s What Rajiv Gandhi Actually Said On The 1984 Riots

I condemn the Sikh Genocide of 1984 and of the opinion that the Congress Party workers played a prominent role in organizing the rioting but it would be a travesty of truth to say that Rajiv Gandhi justified the rioting. 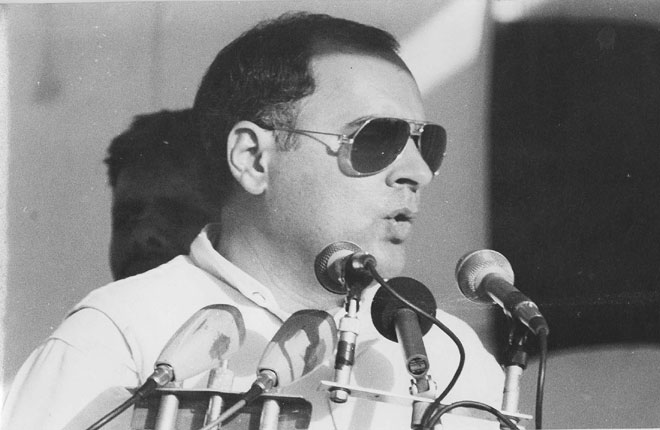 Indira Gandhi was assassinated on 31st October 1984. The rioting started on the 1st of November. The army was called in on the 2nd November and managed to restore calm on that very day itself. Rajiv Gandhi issued a statement on radio/television on the evening of 2nd November in which he said, “Some people are casting a slur on [Indira Gandhi’s] memory by indulging in acts of hatred and violence. This must stop. This violence is only helping the subversive forces. Communal madness will destroy everything India stands for. As for Prime Minister of India, I cannot and will not allow this.” The situation had been brought under control by the 3rd of November. No further riots took place after that day.

This particular statement of Rajiv Gandhi (When a mighty tree falls…) was made on the 19th of November on the first birth anniversary of Indira Gandhi after her death. The statement is taken out to context and an impression is given so as to suggest that Rajiv Gandhi sought to justify the riots. Instead he stated on that day when he made this statement, “Some riots took place in the country following the murder of Indira Ji. We know the people were angry and for a few days it seems India had been shaken. But, when a might tree falls, it is only natural that the earth around it shakes. But, from the way you put a stop to it, from the way India has been brought back to the path of unity with your help, and is able to stand united again, the world can see that India has become a genuine democracy.”

This is what Rajiv Gandhi originally said. I agree that he should have done more to punish the perpetrators of the crime but individually I think we should absolve him of any complicity in carrying out the genocide against Sikhs. In fact on the 1st November itself, Rajiv Gandhi was seen on television admonishing Congress workers raising the slogan, “Khoon ka badla khoon”.