IPL Spot Fixing: The Illicit Relationship Between Cricket And Politics

With the shamelessly defiant BCCI President N. Srinivasan refusing to step down, the storm over match fixing, better still- soul fixing- refuses to die down. 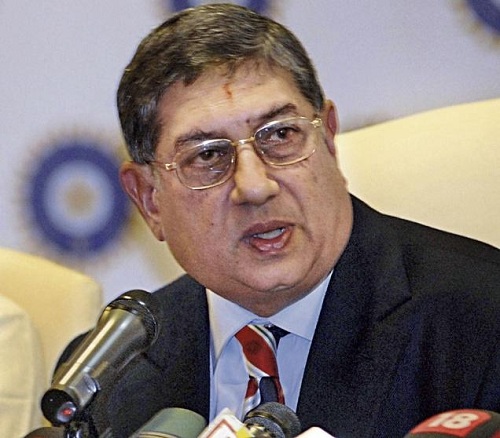 Many would buy the argument that Mr. Srinivasan is a downright corrupt and profit-seeking corporate honcho who uses BCCI as his concubine to fatten the bottomline. However, what many would have difficulty buying is why Arun Jaitley, BJP strongman and current BCCI VP, and Mr. Rajiv Shukla, the IPL boss, have been keeping stubbornly quiet on Srinivasan’s role in the match fixing saga. It is no secret that these two leaders wield considerable influence within the parliament as well as the BCCI and could play a seminal role in restoring dignity- if that’s possible at all- to the game of cricket. Mr. Jaitley had only a few weeks earlier shouted his throat hoarse for the ouster of the erstwhile Railway Minister for his nephew’s misgivings. So why is he, along with Mr. Shukla, holding a stoic silence on this most pressing matter?

The reason is that the dirty trio has been hand in glove in twisting and turning the rules of BCCI in order to ensure maximum fruits for themselves. Mr. Srinivasan is/was in a position of “conflict of interest” over the following issues:

1. He runs BCCI. He owns a team, CSK, which plays in a tournament organized by the BCCI.

2. He has made MS Dhoni the VP of India Cements, a company he owns.

3. He made Kris Srikkanth, the erstwhile chief selector of BCCI, the brand ambassador of CSK.

For each of the above to be possible, the BCCI amended its constitution with near unanimity of votes, which means Mr. Jaitley and Mr. Shukla did not oppose such in-your-face ruses.

What is even more interesting is that BCCI voted nearly unanimously for yet another controversial amendment, this time to do away with zonal rotation of every newly elected BCCI president, thus paving the way for Mr. Jaitley to become the next BCCI president and utilize his turn to rake in the moolah.

We Need To Pay More Attention To Migration In South Asia