Is Modernity Nothing But A Sepulchral Illusion?

So, two world wars, innumerable battles for independence and hundreds of “genocides” later — where are we today? At the beginning of what we can now understand as Modernism, we were promised a better future, one filled with prosperity and progress. Today, centuries later, where are we, in terms of progress and of course, prosperity? We have advanced technology, yes. Scientific researches show the strangest possibilities, yes. But, are we really progressing? Or are we caught in a web of constant stagnancy? 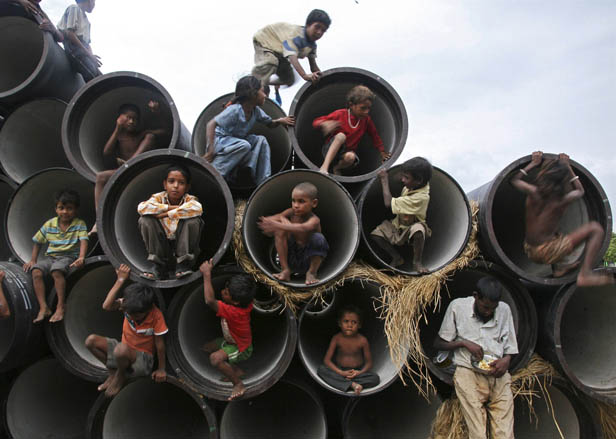 Today, we fight over land, over rivers, over oil and natural resources, plundering countries that are peacefully co-existing in what the others profess their ignorance. The urbanity, we should have ideally felt proud of, is becoming a burden by the passing of each day.

Today, women are raped in broad daylight. In metropolitan cities, you are told about these unfortunate women. But, what about the hundreds of tribal women in the nook and corner of the wilderness, whose voices fail to reach our urban auditory capability? Every time a woman is stripped off her self esteem by ravenous curs, political leaders subtly justify the heinous act by pointing fingers at the promiscuity the woman may have showcased, to ‘entice’ the deprived souls that those men are.

So, what about the five year old girls and new born infants, who are ruthlessly raped and murdered? Did they wear revealing clothes? Or was their innocence mistaken to be an act of seduction? Throughout history, leaders after leaders, from different parts of the world, promised security and revolution against tyrannical existence. So, without monarchical tyranny, where do we stand today?

Rape, wars and economic downfall are issues that are not exclusive to India. All developing countries today face the same problems, in different scales. But, what are our ‘progressive’ leaders doing to make a change? If students voice their opinions of protest, we are put behind bars, killed ruthlessly in police custody — therefore, left with no options but to be silent spectators.

So, I end by quoting Michel Foucault;

“Do not ask who I am and do not ask me to remain the same: leave it to our bureaucrats and our police to see that our papers are in order. At least spare us their morality when we write.”