Newborn Slipped Into Sewage Pipe While Being Delivered In Toilet: Rescued And Safe 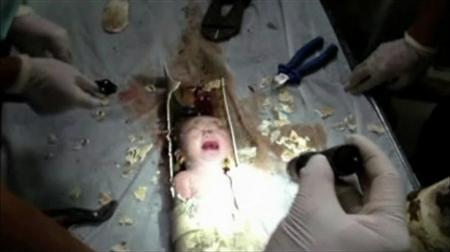 The world experienced shock when the online media was abuzz with news about a newborn found alive in a sewage pipe of an apartment building in Jinhua city in eastern China. The woman who reported this incident was the baby’s mother. The 22-year-old single woman told police she could not afford an abortion and secretly delivered the child on Saturday afternoon in the toilet. She claimed that she tried to catch the baby but it slipped.

The mother witnessed the 2-hour rescue operation and is said to be in a state of mental trauma and if left alone might commit suicide.

The baby is in the hospital under intensive care. He did suffer some cuts and bruises but is said to be healthy.

The Shift In U.S. Environmental Policies Under Joe Biden