The entire country, and Maharashtra, in particular, is facing one of the worst water crises in history. The state declared drought in 3905 villages in 2012-13. However, a study of six small villages provides startling revelations. Thapewadi, Phalakewadi and Muthalane villages in Pune, Randulabad village of Satara, and Satichiwadi and Shelkewadi villages of Ahmednagar have managed to achieve water security. This means drinking water is available there not just in sufficient quantity, but the supply is regular and clean and everyone in the community receives equal amounts of water. 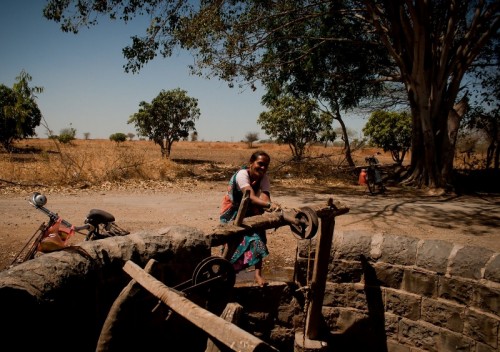 With the inherent disadvantages of back facing Western Ghats, lesser clouds and lower rainfall, the villages were aided in their efforts by two NGOs who helped them tide over these difficulties. After mapping their water resources, the villages analysed their demand and supply patterns. They then adopted steps to ensure this supply didn’t ‘break up’. For this, they monitored water from different sources the year round and reduced supply to villages proportionately, if needed.Â They also chose their crops according to the amount of rainfall anticipated. Some crops obviously require more water than others.

The villagers also made consistent efforts to save water for the summer months by re-evaluating how much would be needed for agriculture and drinking purposes. Meters were installed in the villagers’ homes. This helped them become conscious about their domestic water usage. Though currently the flat fee tariff is applied, the prospect of volumetric tariff made sure that people reduced the wastage of water within their homes.

The villagers relied on a host of local wisdom to see them through. They took into consideration everything from the direction of the clouds to the amount of moisture in the soil. The two NGOs, Watershed Organisation Trust and Advanced Centre for Water Resources Development and Management helped them combine local knowledge with scientific information and achieve spectacular results. The primary reason for the phenomenal success of the two villages was the keen involvement of the villagers and their sense of community and kinship. There is so much that other parts of the country can learn from them, in terms of relying on their traditional strengths, while adopting new strategies at the same time to gain the best of both worlds.