By Sagar Vishnoi in Business and Economy

What are you planning to do after your graduation degree? MCA, Civil Services or MBA? Well, if MBA is your choice, the whole panoramic view of an MBA college is a vague idea. I have a simple question, what value are MBA colleges adding up in nation building? How many entrepreneurs have they manufactured (leaving the IIMs)? 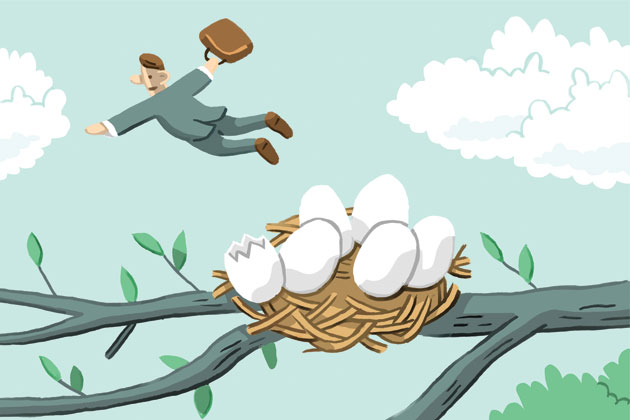 Their sole purpose of providing employment looks almost useless with the absence of employment and enterprise factor. If we look at the statistics, India has only 7% people who have received vocational training against the 96% in South Korea, 97% in Japan according to the NKC (National Knowledge Commission) Government of India. This has widened the gap between the industrial demand of skilful employees and the supply of employable trainees. If you ask any first age entrepreneur, Porter and Maslow models don’t seem worth administering and scaling. Let’s keep it straight, only for people who don’t want the corporate ladder of Deloitte, PWC or Crisil, it’s better to spend 5-20 lakh by starting up your own company and get the best lectures from the professor called ‘Market’, which says-“one can learn more by running his own company, than by talking to people who are running their own”.

While working under an incubator you get accustomed to various skills, legalities and consultants. Incubators have a lesser time span of 3-6 months unlike B-schools, are cost effective by saving the opportunity costs of 15-18 months and provide better networking of course. Meeting and listening to stories of people from incubators of GIAN (Gujarat), IIT-D, SINE, YUVA (Delhi University), makes things clearer. The best case study is your business in those two years. What do you think would be cooler; spending 7 lakhs for getting into the rat-race for a job, or earning 2 lakhs with more Market Gyaan in two years?

Having only 2000 patents coming out of the country against 20,000 from USA (according to the NKC), our so called indovation (jugaad) has much to do in the field of research. But the suffering for people in incubators is living on peanuts and bananas when their mates are busy throwing parties and catching flights after their final placements.

Well, India hasn’t achieved much because no industrial revolution occurred after independence but yes, the times are not too far when we’ll have our own silicon valley providing employment to lakhs making ‘The Great Indian Dream‘ comes true.

The post can also be found on the author’s blog