NOW Start Your Own Social Debates On Youth Ki Awaaz! 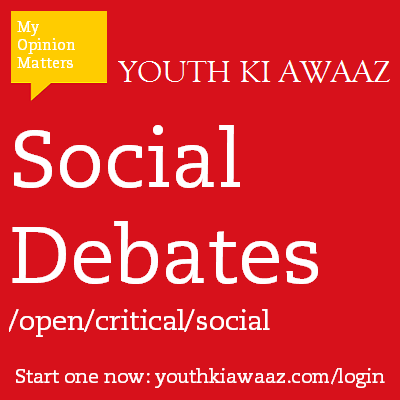 We wanted to give you more power to organize, put up and run social debates on Youth Ki Awaaz and get conversations started on pertinent local and national, international issues. And here we are, proud to announce that the YKA Social Debate is now open for anyone and everyone to start (once you log in).

How does a YKA Social Debate work?

YKA Social Debate is a member’s feature. To start a debate, all you have to do is log in to Â your dashboard atÂ youthkiawaaz.com/loginÂ and click on the “Start a YKA Social Debate” button and get started by filling up a simple form.

A social debate makes use of the Facebook comments feature to start viral, relevant and pertinent.

What is the process behind starting a YKA Social Debate?

The YKA Social Debate is still under beta testing, thus the process is same as that of submitting an article. Once you submit a debate request, our team goes through it to check the basics – language, and whether it has any communal, racist or otherwise harmful motive. Once it receives clearance it is put up on the website and you are informed about it, and also about how you can get more people to debate.

It is free, it is open, it is social and it is owned by you! A debate is easier to start and engage a wider audience with. By starting a Youth Ki Awaaz debate, you allow others to come out and share their thoughts, while creating more awareness and strength around the issues you are passionate for.

How do I start a Youth Ki Awaaz Social Debate?

Head to your Action Hub to Youth Ki Awaaz to start a Social Debate NOW!

20 Most Compelling Narratives Of 2020: Stories Of Impact, Change And Hope!