Rafael Nadal, Rahul Dravid And The Spirit Of Sportsmanship 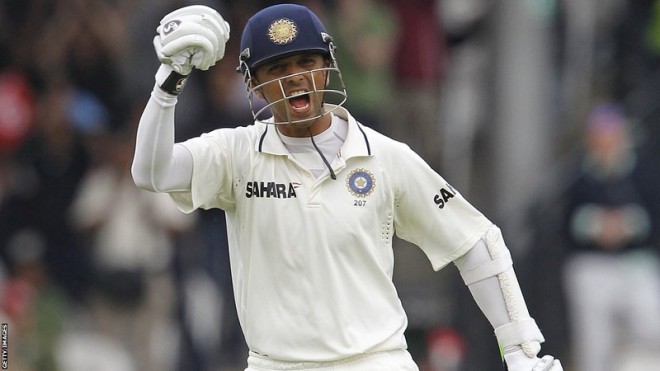 At the top level, where everybody has put in their 10,00 hours of training and reached the pinnacle of their game, it is the natural talent that separates them. And sportsmen come around this deficit by improving their physicality and aggression. In no other sport is this more evident than in tennis.

These players would include Rafael Nadal on clay and M.S. Dhoni in a T20. They almost guarantee a win. Right from acquiring an inhumane physicality to the training of mind, never losing concentration and not betraying a single emotion, they have trained trained hard. Dhoni’s ugly yet powerful helicopter shot, his constrained celebrations after winning the World Cup and Nadal’s occasionally anachronistic fist-punch in the air after winning a seemingly impossible point, are cases in point.

The second category of players includes those who are artists of their games. They do not care about intimidating the opponent, except by their game of course. They believe in their craft and do not make it a point to show off each time they conjure up an ingenious play. Rahul Dravid’s foot work before the late square cut and Roger Federer’s single handed back slice that would not rise above ankle height on grass, come to mind. Federer would play a whole game without breaking a sweat. He would make an inch perfect shot on the 78 feet court, and turn around casually like it was usual business. There is beauty in all of it.

And today, witnessing beauty made vulnerable to power and aggression, it feels sad.

Roger Federer, the Swiss Master, as he is fondly called because of his precision and virtuosity with the racket, will be 32 in a couple of days. In the last four years, he has won only two Grand Slams during which Nadal has moved up to 12 titles. Federer has 17. He does not have much time on his side now, maybe till next year only, before he announces his retirement. And till then, apart from winning as many Grand Slams as possible, I would love to see him beat Nadal, just once, in a five set final, to be able to give the great man the closure his illustrious career deserves.