Living subserviently with injustice is probably just as wrong as actually doling it out to others. But speaking up against injustice becomes much tougher when it requires you to deal with people who do not show the slightest trace of sensitivity or compassion in helping you go about it. 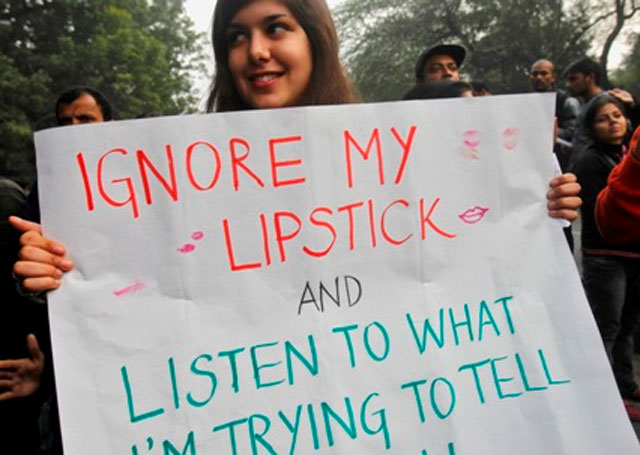 Rape is arguably the best example of insensitive media reportage. With the alarming rate at which rapes have been committed of late, the coverage tends to seem even more disturbing, aimed at being sensational rather than sympathetic.

In the gang rape of a foreign student from the National Law School of India University, for instance, the media revealed not only the girl’s identity, but also details about her male friend, the vehicle he owned and so on. Since this was probably not enough to scar them both for life, they proceeded to further charge her with several allegations for being out with the guy in a deserted area late at night. The reports also added that the police were looking at other “possibilities” considering there was no conclusive evidence of the rape on hand.

One needs to be no genius to realize how a lot of stories today aim to add spice to the horrific event by describing it in dramatic and graphic detail, using illustrations, voiceovers and silhouette lighting. The most important aspect of the entire issue seems to be how the perpetrators usually appear on the scene, catch hold of the victim and commit the crime. Another new strategy is the aura of mystique and thrill that’s added to the reportage by describing the role of the police in either helping the victim identify the criminals or cutting figures of the stereotypical, corrupt, boorish cops. It’s like a horribly written movie script.

Even ‘upright’ women reporters display no sensitivity by playing the blame game and making sure the entire issue garners prime time attention and dominates dinner table conversations. The media prefers to do no fact finding on its own, rather play the sensation card. There is no mention of, and evidently, no thought given to the lives and souls involved. What matters are the TRPs, the figures and statistics. So much for ‘speaking up’ against injustice.