The Supreme Court may have struck down Section 377 of the Indian Penal Code almost four years ago, but we as a nation, still have to come to terms with homosexuality as a natural part of the world around us. The fact that there are people who feel a certain way towards people of their own gender is something we need to stop considering with horror and shock. They are people just like us, and deserve as much space to make their own choices. 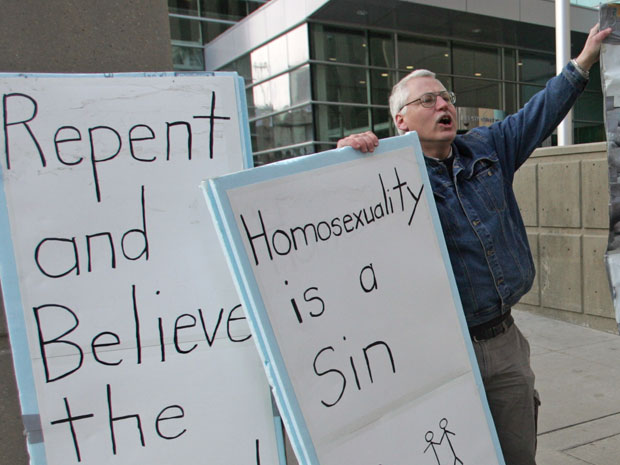 What however is interesting is that we’re not fighting the space battle alone here. Last week, a survey conducted by the Pew Research Centre in 40 countries around the world found different nations intensely split over the question of accepting homosexuals.

A lot of us have believed for the longest time that these orthodox, judgmental attitudes are based on religious beliefs, the fact that same sex relationships are against the ‘natural order’ and ‘God never willed it this way’. And indeed, countries with a predominant Muslim population like Jordan, Egypt, Indonesia, Pakistan, along with Nigeria, Senegal and some African nations believed gays and lesbians should be ousted from society completely.

People seemed more liberal in the countries of Europe, United States, Canada and Latin America. Some nations such as Bolivia, Poland and Israel were split in their opinion. Religion however, did not play as major a role in shaping people’s opinion as one would’ve thought. Even in countries like Russia and China where religion is not a major factor in everyday life and decisions, gays have not found acceptance. Only 16 percent of Russians and 21 percent of Chinese were supportive of homosexuality.

This just goes to show that we’ve chosen to stick to age old beliefs. It’s always been this one way, and it always will be. Not all of us go by the written word or norm, and definitely not when it’s inconvenient for us. Life is what we choose to make of it. And clearly, we’ve chosen to not let homosexuals be part of that free, liberal space that we ourselves inhabit.