Are Death Images In The Media Respectful Or Repulsive?

Images carry an inexplicable power that words cannot match. They speak to us in different ways. And yet as you see a body draped in cloth or covered with flags, you wonder if it’s that’s really the definition of a powerful experience.

To take an example, on Thursday last week, an image like that appeared on an unofficial Facebook page devoted to the Granite Mountain Hotshots , for the 19 Arizona fire fighters who died in the Yarnell Hill fire. Earlier in the week, a recovery crew had also arranged an impromptu tribute to the brave men, draping the their bodies with the flags and having an honour guard stand and watch before the remains were taken to the medicinal examiner’s office. The photo showed two neat lines of flag-covered bodies laid out on a patch of rocky terrain, in front of a row of mountains. As the Arizona Republic reports, it was posted with “no comment, no credit and no explanation about its source.” 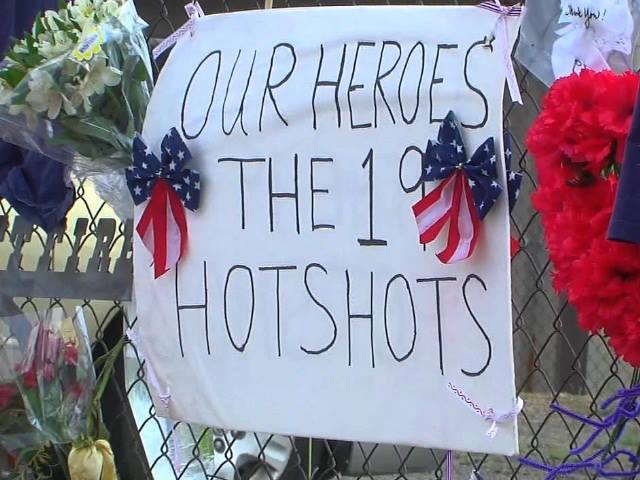 The image struck an instant chord, garnering over a thousand shares in just a few hours. But at the same time, the Prescott Fire Department’s wildland division chief, Darrell Willis, while confirming that the photograph was real, told the Republic that it was “totally unauthorized” and “totally against anything we committed to.” A lady called Juliann Ashcraft, whose husband Andrew was among the dead, said she believed the image should be “exclusive to the family” but added, “It makes me sad, but it doesn’t make or break things in the end.” The Arizona Republic, however, justified its decision to run the photograph, saying, “It depicts the respect given to these men who gave their lives to protect others.”

The ethics and morals of circulating images of death, have been, and will always be complicated. The dead, of course, don’t have a say at all. And some would argue that it shouldn’t even matter, since they are no more, in the first place. We’re in fact, paying them respect by according them so much space and attention on our screens, our papers and consequently, in our minds. But shouldn’t the sentiments of the family and the dignity of the deceased be not just considered, but given topmost priority to? And a screaming headline like say, ‘Doomed’ is nobody’s idea of an unforgettable memory in the most pleasant sense. Another debate about the ethics of journalism rages on.