From insurgency to counter insurgency to economic blockades, Manipur seems to be always battling it out. But that doesn’t stop the enterprising Manipuris from going out and making a difference.

The traditional Manipuri instruments are pretty much fading away. The Pena, for instance, doesn’t find too many takers today. For several centuries, Pena recital used to be a popular form of entertainment and the instrument was considered the backbone of Manipuri folk music. However, during the 1970s, it was pushed to the periphery as popular Hindi film songs and western music took over. 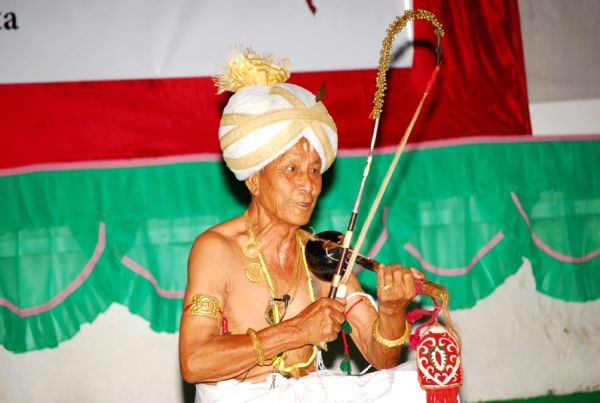 It is probably the overwhelming affiliation of the Pena with religion and culture that has resulted in its confinement to a small group who are trying to conserve this folk culture, putting the instrument and its legacy on revival tunes, and giving it a fresh wave of hope and survival.

Imphal based Center for Research on Traditional and Indigenous Art, popularly known as Laihui, is trying to infuse life again into the fading enthusiasm of the Pena. Through workshops and live sessions, Laihui is trying to create ample opportunities to analyze and understand the aesthetics of this rare instrument. Workshops are conducted to teach youngsters the basic principles and scientific characters of Pena music, so that these kids can innovate and blend unique and traditional melodies of the Pena with modern tunes and hi-tech gizmos with the larger objective of appealing to the global music lovers. By applying a scientific approach, the effort is to harness the unique sound of the Pena and fuse it with contemporary musical ballads and neo-classical trends.

It is said that the tunes of the Pena are embedded with a deep message of harmony and honour, which the modern Manipuri society, consisting of both hills and valleys, has long forgotten. There is very little consideration for common origins and respect for deities. The race in life has taken people far away from their roots. As Manipur grapples with growing disharmony amongst communities today, perhaps in the tunes of the Pena, people can find melodious inspiration to come together.

Poetry Is The Closest Mankind Will Ever Come To Create Beauty