By Nihal Parashar in Society

Cooked up by Nihal Parashar:

In an outstanding development people who had a meal for Rs 12 have been found. This came as a big relief to Raj Babbar who is- for the first time in his life- trending on Twitter. Babbar, best known for the flop films he acted in the 1980s, has earlier stated that people can have a meal for Rs 12 in the city of Mumbai, the commercial capital of the nation. 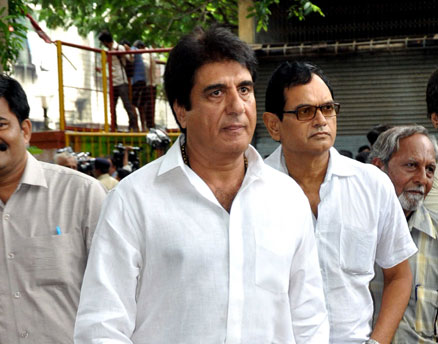 After Senior Babbar made the Economic calculations, his son Prateik Babbar, who is trying hard to make a career in Bollywood like his father, stated, “Pappa is the best Economist and the Bharat Ratna, when snatched from Amartya Sen, must be given to him.”

For those who are still trying hard to recongnise Raj Babbar, they must try to understand that you either know him or you do not know him. There is no third way. But still FYI, he is a Parliamentarian with ultimate knowledge of the country. He knows the country so well that he can even name the streets from where one can have a meal for Rs 12. Before getting into politics, he was trying hard to become the heartthrob of the nation, but had to face intense competition from a Dude from Bengal- Mithun Chkravarthy. And we all know the result. Mithun is sitting in DID as the Dance Grandmaster and Babbar is sitting in Parliament as the Food Expert. You can decide for yourself who is the winner.

Raj Babbar, as a matter of fact, exaggerated the budget of the meal for these people. Sometimes the budget is Zero- they sleep empty stomach.

Anyway, these creepy descriptions are of no relevance here. After all these people do not exist, right? Their existence is as fake as this report, sadly!

Ambedkar Jayanti Special Book Excerpt: ‘One Of The Geniuses Of Modern India’ On Hinduism