By Pranjal Begwani in Sci-Tech

Come 19th July, and the earth will be photographed for the first time in natural colour from as far as Saturn. Unlike on two previous occasions, this time NASA’s Cassini, the spacecraft currently exploring Saturn, will capture earth as the naked eye sees it and that too with its highest resolution camera. And this image will coincide with the event of Saturn eclipsing the sun from Cassini’s point of view.

The earth has also been photographed before from space – regularly since the 1940s, from the moon for the first time in 1966 and from Mars in 2003. On the two previous occasions in 2006 and 2012 when Cassini had photographed the earth with the Saturn system, the images were not in natural colour. So this is a first. 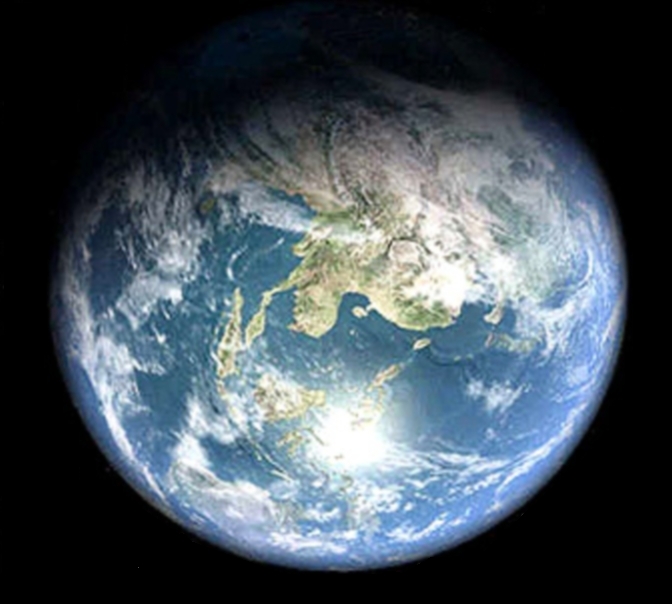 According to Linda Spilker, a scientist working on the Cassini project at NASA, even though the earth will be only a pixel in size from Cassini’s vantage point 898 million miles away, it would be a fascinating chance for the world to view their home as it is, from so far a distance. In fact the magnitude of this distance can be judged from the fact that Cassini’s position on the 19th of July from the earth will be almost ten times the distance of earth from the sun.

On such an occasion, it’s tough not to recall Neil Armstrong’s prophetic words as the first man on the moon, “That’s one small step for man, a giant leap for mankind.” Since then, technologies have transformed our space sojourns, from mere firsts to multiple exploratory expeditions looking for life on other planets, from that small step on the moon to now actually considering setting up human colonies there, (though that’s still a fair distance away), and from the first space and moon missions to still persevering to break limits unthought-of before, such as the Cassini project.

But then aren’t the enterprises and machinations of the human mind limitless! It reflects in our technologies, and in the distances which can be covered. We just hope Cassini is the first of many such exploratory missions to follow. Till then, let’s savour another first.