There are many of its kind, but Sony’s Crime Patrol Dastak seems to have struck a special chord with audiences. A dramatisation of real life crime cases in India, it has become a staple of many households and has been on air since 2003. Viewers swear by its authenticity and execution, its effort to educate and spread awareness among viewers, and host Anoop Soni’s moralistic spin on the crimes.

You could say it gives rise to a lot of unnecessary paranoia. But the truth is that the world around us is stranger than fiction. Various things motivate people and often decent-looking people plot crimes. Its moralistic view you might not always care for, but people say it keeps them on guard and tells them how critical factors like love and infatuation are today. 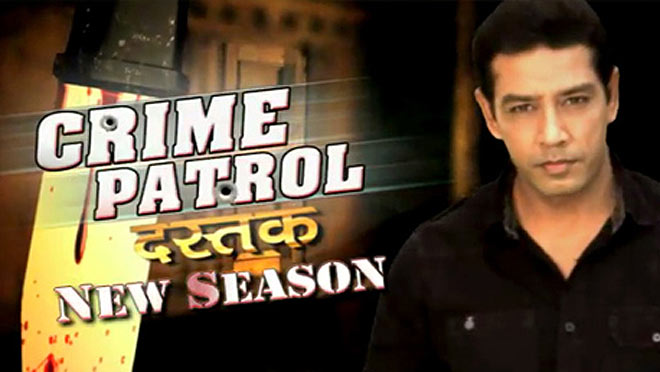 A fresh change from regular soaps, it often restores your faith in the system and its ability to act as a watchdog. But there is no doubt the negativity gets to you. When you watch a rape, it plays on your mind. A lot of viewers have turned away from the show for that reason. They feel there is no need to dramatise such gruesome acts. News can just be read in the papers.

It’s equally true that the show’s no-nonsense advice works for people, especially women. A lot of females have reported staying more alert of the things and people around them, thanks to the show. The point has probably been driven home because the stories don’t deal with hardened criminals but with regular people who become criminals because of greed, lust and frustration, among other human susceptibilities.

These are ordinary people leading normal lives. Things happen to them the way they could happen to any of us. In a way, the show just holds up the mirror for you. But do we really want to look into it? Are we sure we want to know exactly how unsafe we are at the end of a long, tiring day? Also since we have no option but to go back to that life the next day?
The answer is debatable.