Ever had some time to kill at a railway station? A casual stroll down the stalls would give you plenty of reasons to sit back, relax and lose yourself. Hindi pulp fiction, that has rapidly been losing prominence and prestige in most of our circles, abounds in these rickety shops.

The rugged paper with poor publishing contains so much thrill that you wouldn’t help but be completely awed, musing why this shouldn’t be turned into a film. One also wonders why people don’t mention these when they talk about real literature. If English pulp fiction, be it Mills & Boon romances, Sidney Sheldon, Agatha Christie etc. can be described as ‘popular fiction’ it is a matter of concern that Hindi pulp is ostracized behind the tag of ‘cheap and trash’ and thus banished out of mainstream literature. 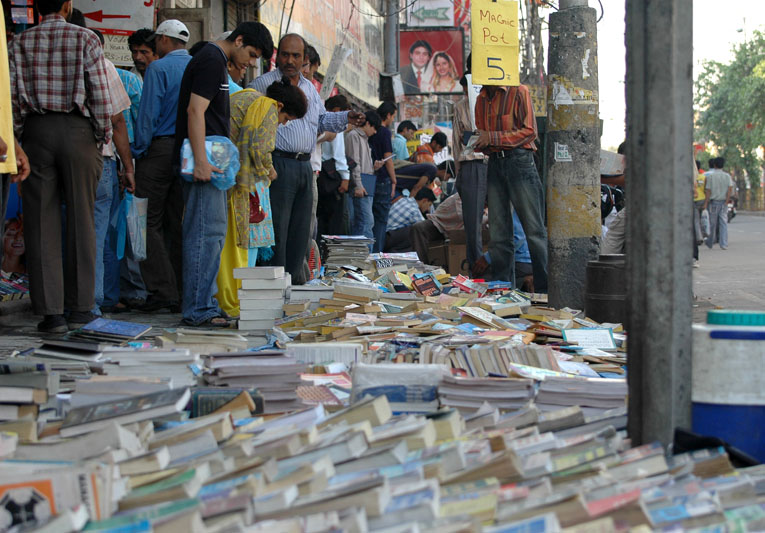 One reason for this neglect can be diagnosed in the ways in which Hindi pulp is demarcated from real-literature as well as English pulp. It’s not cool to speak Hindi today, let alone read Hindi. For most, it’s a pain, for others, simply inconsequential. Also, the presentation, most of these appear in the pocket books format, episodic publishing in small-scale, local magazines etc. Apart from these, the mode of distribution is presumably the major factor behind Hindi pulp being termed ‘cheap’. In contrast to what are kept as hardcovers or soft-bind on library shelves, and sold for big bucks in specialized book stores, Hindi pulp, more often than not, finds itself in convenience stores and sold for a pittance at railway platforms, bus stands, footpaths etc.

But strangely, since we bargain on the same footpaths and railway platforms, for Isaac Asimov, J.K.Rowling, Paolo Coelho, Stephen King, or even home-grown Chetan Bhagat or Vikram Swaroop, thanks to piracy, it’s clear that the core issue lies elsewhere. It’s not about where you buy it, or how much you pay for it. It’s the increasing tendency to associate yourself only with a certain class, a certain mindset, and hence, a certain way of life.

Unless we anticipate radical changes, Hindi pulp fiction is destined to always remain the stepchild, orphaned, neglected and discriminated against. We couldn’t care less about the pavement outside as we walk into a Crossroad or an Oxford.