Woman”s Weapon: Here’s What The Life Saving Pepper Spray Is Made Of

I interned at a reputed media house last year. Since it was the first time I was officially working, I was pretty anxious and was telling a friend about it. Calmly ignoring my nerves, all she said was ‘Don’t forget to carry pepper spray with you’. I wasn’t surprised but definitely a little amused. In the aftermath of what seems to be a petrifying time for females across the country, we find ourselves reaching for that bottle increasingly. Have any of us tried reading up on it, though?

Modern aerosol pepper sprays typically consist of a propellant and oleoresin capsicum, a reddish-brown, oily material that contains many related chemicals and is extracted from chilli peppers. The primary irritant is the chemical capsaicin which works by triggering nociceptors, the body’s pain sensors, creating a sensation of intense heat. 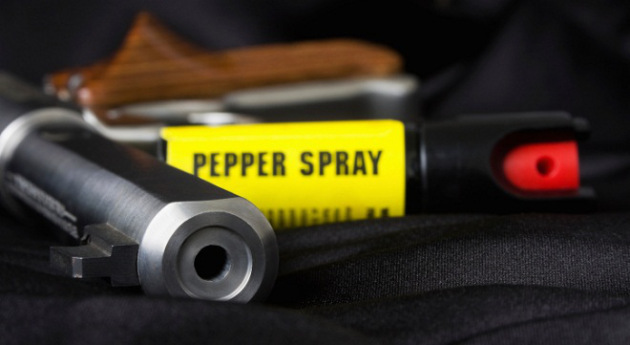 Patents for implementations of pepper spray often refer to it as a lachrymator, in other words, it can cause teary eyes and a runny nose. Capsaicin compounds release anti-inflammatory substances, like histamine, and can cause facial and lung-tissue swelling. Sometimes, they lead to bronchial spasms and constriction, in which the body may limit breathing to keep them out. Elevated heart rate, blurred vision, and minor cornea damage are also quite common.

Pepper spray has an interesting history. It wasn’t always in vogue. Oleoresin capsicum became available as an aerosol in 1973, and gained popularity in the United States shortly thereafter as an alternative to synthetic tear gases; forest workers and hunters outfitted themselves with pepper sprays to keep bears away. The F.B.I. gradually worked to develop it into “weapons-grade material” in the eighties, and issued a study approving it as a means to control crime and criminals. In time, the spray’s use grew among police departments, and the N.Y.P.D. decided to adopt pepper spray as an “anti-personnel” weapon in 1994. By 1999, the Department of Justice noted, the police were reaching for their pepper spray six times more often than their guns.

Even today, pepper spray is not as widely accepted everywhere. In many countries, it is highly regulated; the United Kingdom, for instance, classifies it as a prohibited weapon, along with explosive bullets and rocket launchers. Naive as it may sound, one is glad India is not one of those countries. Else, every female on the streets would face strong possibilities of arrest.