Big, Bigger, Biggest: Is There Any To Limit To The-Bigger-The-Better Smartphone Syndrome?

By Manan Grover in Sci-Tech

If someone had asked me a decade earlier to define a mobile phone, I would have said, it’s a portable device which helps us to make/receive phone calls and text messages. If someone asks me now and I reply in the same way, then I’ll surely be termed as ‘living in the stone age’. The change being- a mobile phone is now a smartphone and it’s no more just a device; it has replaced books to occupy man’s best friend position. 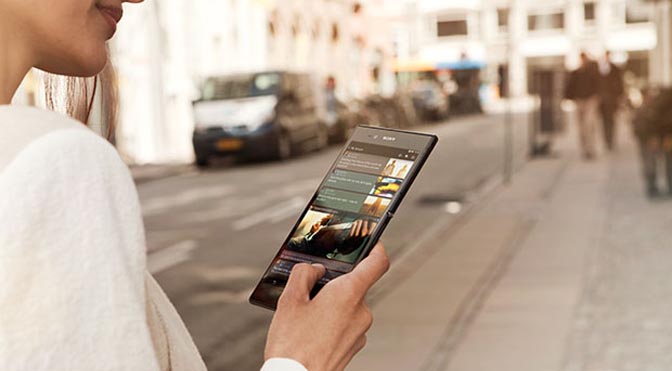 We started off with huge phones, realized how much heavy and big they were, spent billions trying to produce small, light ones that easily slid into the pocket. Then once we created tiny phones, we decided that they sucked too. So then we again spent billions trying to increase the size of the screen to suit our eyes, to what we have today – the iPhones, the Samsung Galaxy series, Note series, Nexus, HTC, the list is endless. The trend began with iPhone 4s with a 3.5 inch screen followed by its higher version and the best available in the market till now, iPhone 5, having 4 inches of screen display. If this was the iPhone story how could Samsung be far behind? Samsung Galaxy S2 has 4.8 inch screen, S3 5.4 inches and Note 2 is 5.5 inches. It’s projected that the new Note 3 to be launched in September this year might go up to 5.7 inches.

While every developer and smartphone designer is going on adding to screen size, they are forgetting that it is becoming more and more difficult to hold the phone in the hand and type (unless they want us to hold and type with different hands).What is even worse is, our pockets being of the same size refuse to carry these big monsters. So a major reason why man is addicted to these super efficient smartphones is because it’s difficult to keep them out of sight as there is no place other than your hands to keep them. Also, making a call with these gigantic devices has become hilarious. Keeping such a huge device near to the ear and talking is a funny sight.

While today’s smartphones are making practically everything available at one touch, they are becoming less handy. I feel technology is to reduce space and size and therefore screen sizes should go down, fitting easily into the pocket.