Of Colours, Literature, Tradition, Music And Poetry: 6 Must Visit Cultural Festivals Of India

With cultures and traditions, as diverse as in India, it is obvious for cultural festivals to be an important part for people to know more about the tradition, art, culture and literature of various parts of the country- specially where they reside. Some such festivals across the nation, which have made an important place in the annual calendars are listed below: 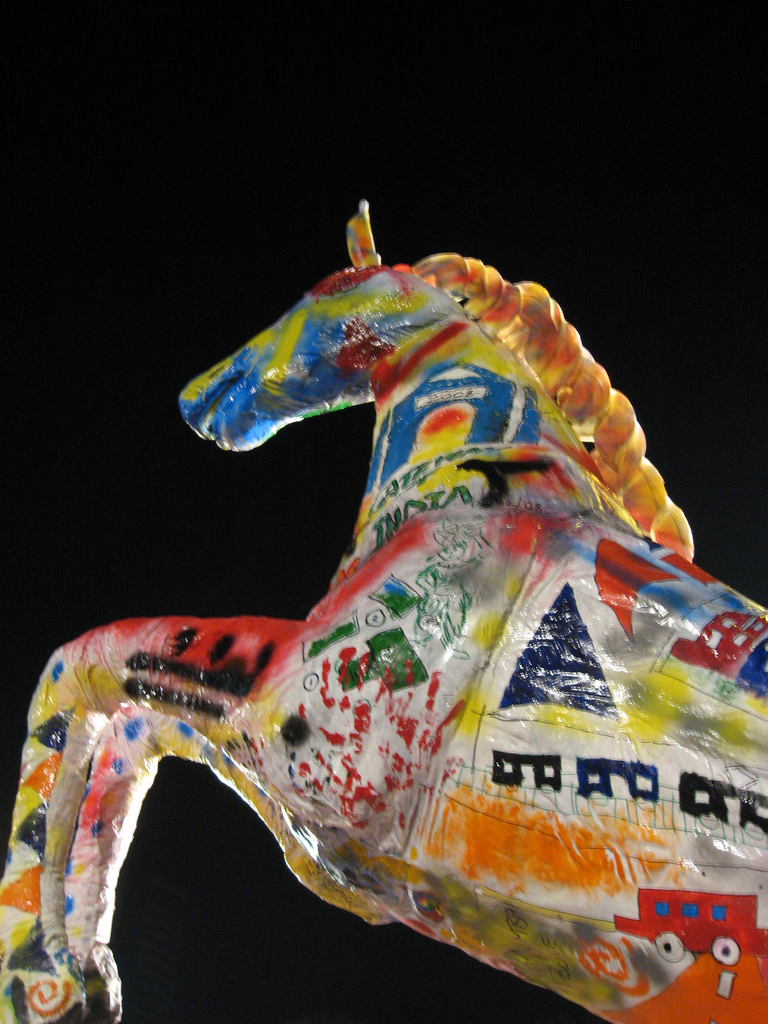 1) Jaipur Literature Festival(JLF): JLF is known to be the largest literary festival in Asia-Pacific and the most prestigious celebration of national and International literature to be held in India. Held in the beautiful heritage property, Diggi Palace of Jaipur, it encompasses a range of readings, talks, debates, performances, children’s workshops and interactive activities. Being around for five years the JLF is now regarded as the Kumbh mela of National and International writing. It hosts writers and readers alike from all over the world. The festival attracts the brightest, most brilliant authors every year. The JLF is scheduled for 17th-21st January in 2014 and public can either pre-register online or reach the venue with a photo id.

2) Lucknow Mahotsav: Lucknow Mahotsav is organized in November every year to celebrate Lakhnawi ‘tehzeeb and culture’. Its objective is to make the public enjoy a carnival-ly celebration of culture. Special arrangements for public transport are made in the city for people to come in huge numbers. The entry ticket is priced nominally and all public conveniences are easily available. The festival is a mix of various states of India with stalls of handicrafts and other products from around the country. The food stalls too are from across the country and have something to suit everyone’s palate. I, hailing from Lucknow feel that this festival is a must visit for the fun, performances, food, bargains and dÃ©cor it encompasses.

3) Delhi International Arts Festival(DIAF): India has grown to become one of the leading business hubs in the world. As India grows to become a global entity, Delhi International Arts Festival attempts to draw the attention of the world to India’s soft powers expressed through the arts. DIAF is India’s longest multi arts, multi venue festival. It is the only festival that is based on public private partnership. In its first year it was a 17 day event with 40 venues spread across Delhi, 900 artistes and 3 premium exhibitions and ever since it has only grown.

4) Kala Ghoda festival: It is a nine day long festival organized every year since 1999 by the Kala Ghoda association in south Mumbai and is celebrated across a plethora of venues. All art galleries and cultural places come together to conserve the heritage of the place. Audience from around India and foreign tourists visit the festivals in large numbers. In 2014, the festival would be held from 1st to 9th February. It offers various programmes in Visual Art, Music, Theatre, Dance, Street Acts, Heritage Walks, Literature and Workshops and is open to all, free of charge. The funds raised from the festival go towards the restoration and upkeep of this area.

5) Delhi Poetry Festival: The festival was recently established in 2013. It is a new entrant, however, it managed to pull in poets from various parts of India. It is the initiative of Poets’ Corner Group and was first held on 19th January 2013. Some prominent personalities the festival attracted were Bollywood lyricist Irshad Kamil, Poet Madhumita Ghosh, Bilingual poet Ashok Sawhny, Poet laureate Sonnet Mondal to name a few. The festival is expected to be an important literary festival in the future.

6) Kochi International Book Festival: It is an annual event held in the coastal city of Kochi. It is organized by the Antarashtra Pustakotsava Samiti-a registered Charitable society established to promote reading and encouraging writing and also to heighten an awareness of literacy and literary arts. The festival has been held for 11 years now and the number of stalls has only increased each year. It is usually held in December now though it was initially a January festival.

It was a list where more was left out than was brought in. Time constraints prevent most people from attending these festivals. Another place to witness the glory of Indian culture is Kingdom of Dreams in Gurgaon. It is a praiseworthy tribute to the culture of India with cuisines and handicrafts from all states brought under a single roof and you experience the whole of India in a day. The theatre, though slightly overpriced is a must watch too.