The big debate, as you might know already, is the proposed RTI amendments that would keep the political parties of India out of the ambit of the Right to Information Act. The reality is that the political parties are not answerable to anyone for how they spend, act, decide or anything else for that matter. Moreover, the Election Commission has been left to be a body whose recommendations go unheard.

While all others politicians went against the demand for political parties to be under the RTI, Member of Parliament from Odisha, Baijayant ‘Jay’ Panda has been the only one who has taken an open stand to support the accession of political parties under the ambit of RTI. Not only has he stood by it, he has been actively promoting it via his Twitter account as well:

To which Shashi Tharoor responded:

Welcome @Panda_Jay 's approach but i fear that, like my party & @narendramodi 's, his has already made up its mind on RTI. @GautamSibbal

Today, he went a step ahead to write to the Speaker of the Lok Sabha, Meira Kumar. Below is the letter: 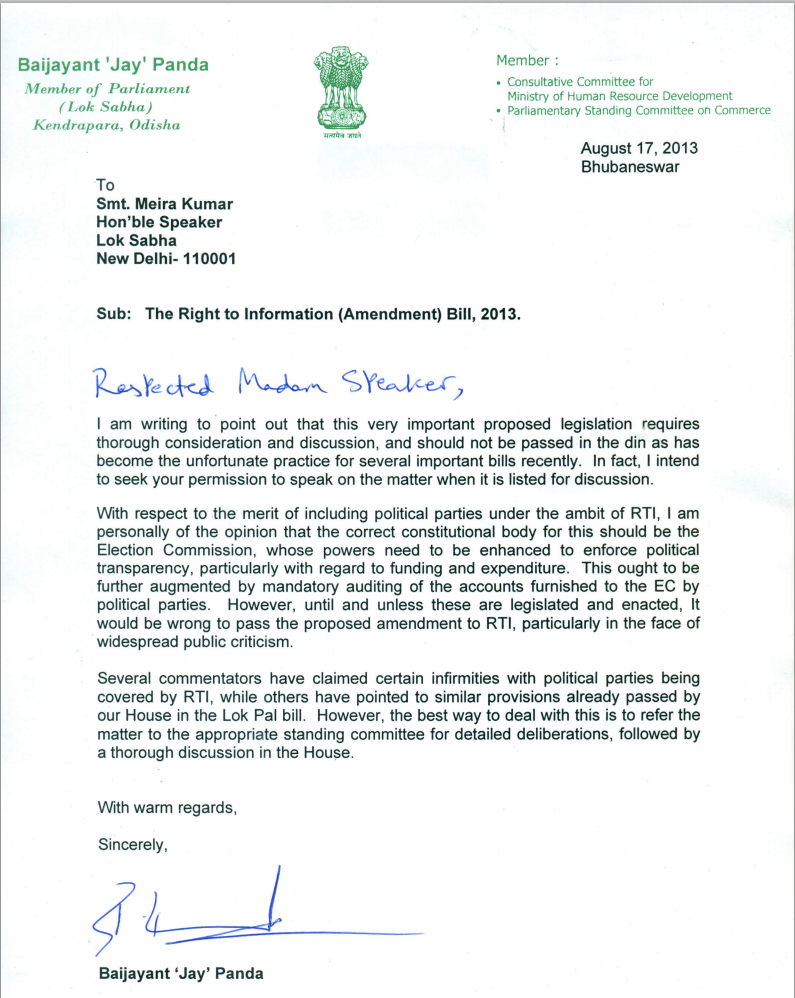