Supreme Court Advocate, Shaunak Kashyap, who has filed the SEBI complaint on behalf of Greenpeace said. “Mr. Rao’s comments amount to an admission on the part of Coal India Ltd. that they willfully suppressed material information from investors, which is directly actionable in law. SEBI must now take strict legal action in this connection. It is indeed preposterous on Mr Rao’s part to claim that a switchover from ISP (Indian Standard Procedure) to the UNFC (United Nations Framework Classification for energy and mineral resources) regime and the consequential 16% downgrading is ‘not significant’ and his statement further highlights the lackadaisical attitude to investors that is at the very heart of the matter.” 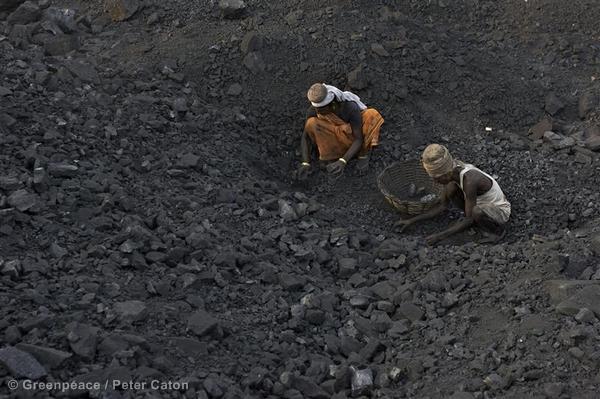 Further, to justify this omission by saying that additions to the company’s reserves have also not been communicated is to add insult to injury. As a listed company, Coal India is bound to notify the exchanges of any material change to its reserves, instead of expecting investors to guess about the health of the company.

Ashish Fernandes, Campaigner with Greenpeace said, “To be participating in the world market when reserve amounts are changing in material ways and not frequently updating investors shows a lack of appropriate diligence. The Chairman’s statements underscore the need for an independent and comprehensive review of CIL’s extractable reserves, using international standards.”

Coal India’s claim that it has added to its extractable reserves is not yet substantiated by way of UNFC data as assessed by CMPDIL (Central Mine Planning & Design Institute Limited) or any other exploratory body. The company has missed its production targets for several years in a row, and looks set to miss them again this year, raising the question of whether faulty reserve calculations are responsible for lower than expected production.

As for Coal India’s charge on Greenpeace’s ‘sinister design‘ to increase India’s import dependence, a brief scan of the report will show that concerns have been raised on how reliance on coal will burden the economy. “The burgeoning current account deficit, the weakening rupee, depleting forex reserves and volatile international coal prices will all be accentuated by increased coal imports and affect the long term energy security of the country,” said Fernandes.

Greenpeace also raises concerns over CIL’s inability to raise production, the uncertainty of its reserves, and coal’s ability to ensure India’s long term energy security. We call upon planners and the coal power industry to take a serious note of this.