The Word ‘Secular’ Is The Most Twisted And ‘Communalised’ Word In Indian Politics. Here’s How

By Pranjal Begwani in Politics

It’s election time; well almost, with words and veiled curses flying around, massive rallies being drummed up, riots being brewed and politicians playing the game they are most adept at — ‘tu-tu, main —main’. It thus, wouldn’t need much for even the naivetÃ© to realise where ‘secularism’ figures in this mash-up.

With Narendra Modi as BJP’s highly polarising prime ministerial face, Mulayam (yes Mulayam, and not Akhilesh- merely the pseudo CM) playing the only kind of politics he knows (read the violence in Muzaffarnagar) and the Congress rustling up the 2002 Gujarat riots to make up for the lack of a forceful PM candidate, these elections will be archetypal of sorts – more hotly ‘communalised’ or debated on ‘secular’ terms than any preceding election in independent India’s history. 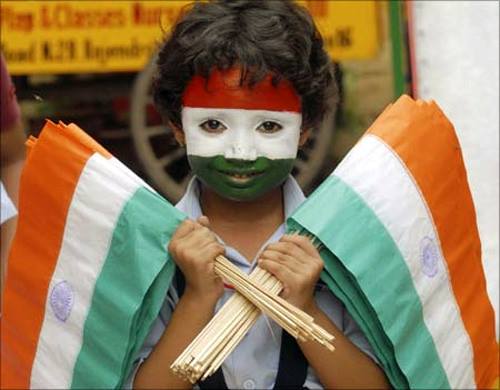 But since there is a deep ‘secular’ or ‘non-secular’ spin (depending on how one chooses to look at it) to India’s contemporary political play, it is important to put the term ‘secular’ into perspective. And especially since it involves India’s national elections, the very symbol of Indian democracy — the ‘vibrant’ democracy that people like to call it, (an emotional construct more than a statement based on veracity). In any case, most of us would not be aware of what secular truly refers to. It is not what it seems to be — the simultaneous existence of a multitude of religions in a common cultural space, or what the Constitution of India would like us to believe. The Constitution is no dictionary. Open any English dictionary and you would have your answer. The word has been twisted and turned to mean something nowhere even close to its original etymology. The Oxford Dictionary defines it as ‘not connected with religious or spiritual matters’ while dictionary.com delineates it as ‘of or pertaining to worldly things or to things that are not regarded as religious, spiritual, or sacred’.

A word which neither pertains to, nor is connected with religion, is today India’s most thrashed around word and the most religiously tilted. Its usage is in itself an oxymoron and in fact it’s ironical how the very term ‘secular’ has been so abysmally and irreversibly communalised. Current political discourse should singe itself of words such as secular and communal. A political sphere devoid of these will lead to a country finally united in diversity, and elections fought on issues that actually matter — development, corruption, education and the aspirations of the common man yet to take flight.

Is Mainstream TV Journalism Responsible For The Sorry State Of Our Democracy?