This Is What You Can Do To Publicly Declare That Rape Is Completely Unacceptable in India. #EndRape

Every single day when I skim through the newspaper, I read about sexual violence against women. Every time when I read of such instances, it makes me angry. Very, very angry. What’s worse is that the stories of sexual assault reported in the media are a fraction of the incidents that actually take place throughout the country. 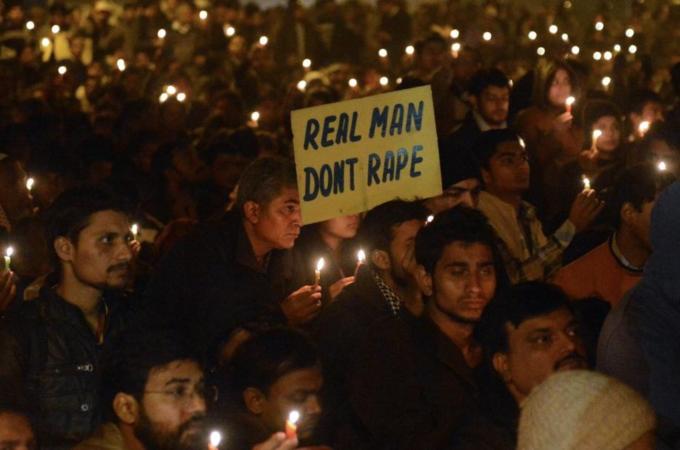 The Delhi gang rape in December sparked something phenomenal in our lives- a discourse. A nationwide discussion on the very serious issue of safety of women. Never before have so many people organised themselves over sexual assault in India. I felt hopeful to see women, men, children take on the streets of Delhi protesting against the horrible incident that brought to light the urgency of the situation. I felt that we were all finally rising to the occasion together and taking matters in our own hands.

Facebook groups were made; Twitter was abuzz with opinions, prayers and hope. There was hatred thrown towards politicians who carried out victim blaming, religious leaders who prescribed absurd methods to avoid getting raped. Basically, after this incident- everybody united against sexual violence towards women.

However, the mind-sets are not changing fast enough.

Last week, a minor was raped in a moving car by a group of men. The media and the public have started calling Delhi the “rape capital” of India. Our blood boils when we hear of such cruel acts, but we wonder if there is anything we can do. We’ve started to protest about this issue, but it isn’t going away. And we can’t stop until all people in this country are sensitised on the fact that rape is NOT OK.

So what can we do as concerned citizens?

We have a voice; we have the power to reach out to people, online and offline. We have friends and family we can talk to, people we can influence.

So that’s what Jhatkaa.org is allowing you to do- SPEAK OUT.

Add your name and comments here, declaring that rape is completely unacceptable in our India.

If we reach 10,000 signatures in the coming week, the team will announce many of your comments on a national radio broadcast, reaching millions of homes across India.

This is just one small step- but it could go a long way.

We need to combine all our voices- speak out against rape