By Surendran in Politics

Delhi elections are just around the corner. Election analysis reports are beginning to surface along with pre-poll predictions. All the three pre-poll surveys conducted for Delhi 2013 elections predict a different outcome. So I thought of digging the data from the past elections and see what they suggest. 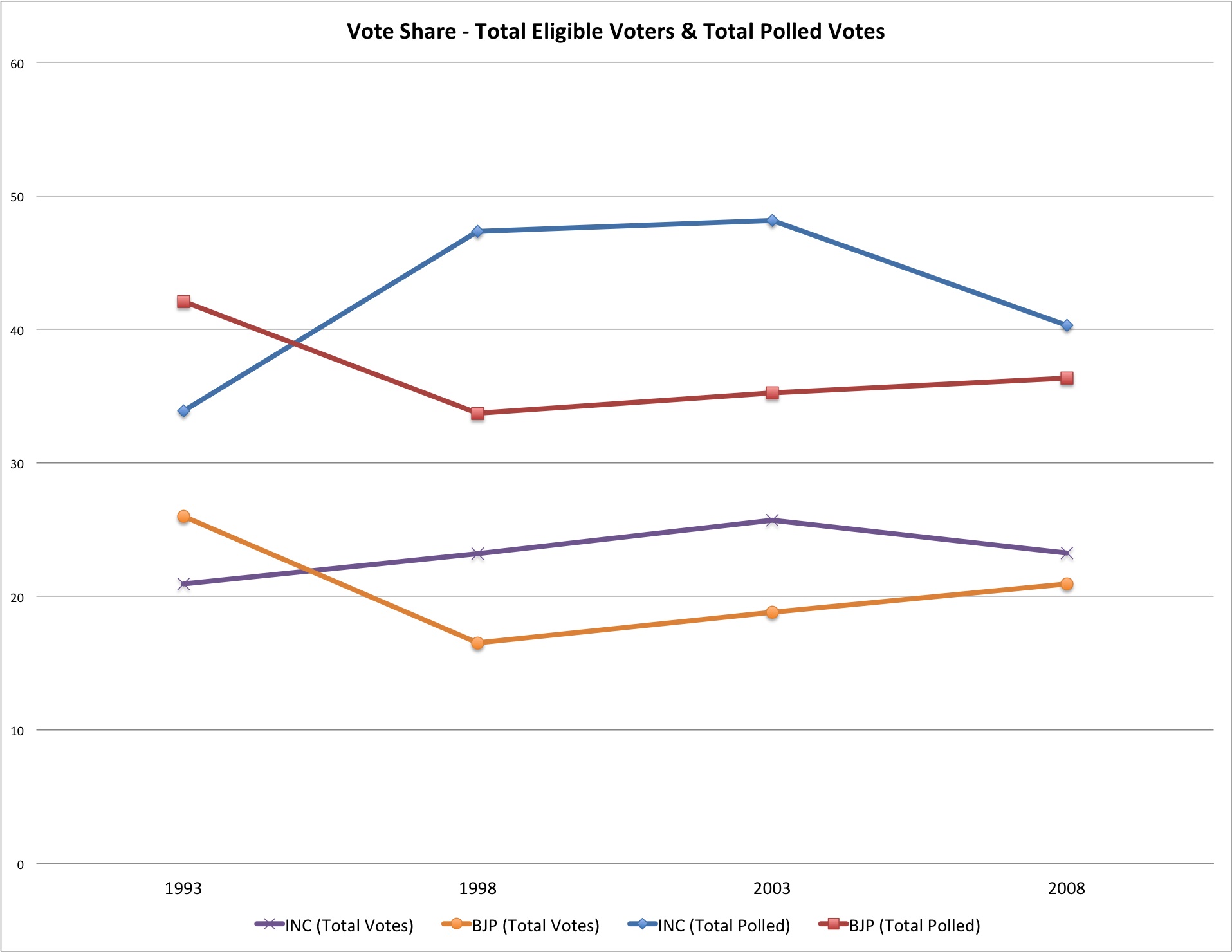 Similar is the case with the total number of seats won by Congress and BJP. The seat share, however, is not as close a contest as the vote share is. 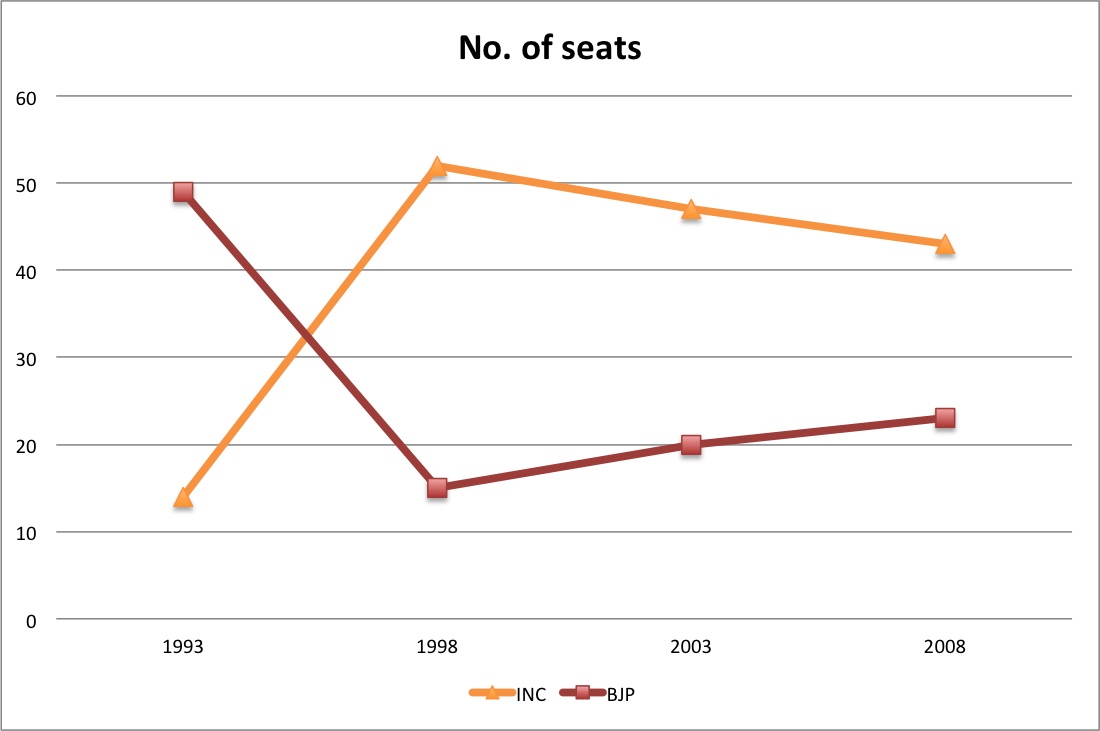 With Aam Aadmi Party (AAP) jumping into elections, the scenario has become even more interesting. AAP is expected to cut into the vote shares of both BJP and Congress though we don’t know who is going to lose how much.

My prediction is that Delhi is headed for a hung assembly with advantage to BJP. I might be totally wrong and this isn’t a scientific prediction. It is part based on projecting the past analysis for this year and the other part is based on assumptions. We will know the final verdict on Dec 8, 2013.

No Political Will, Piecemeal Efforts: Is This All We’ll Do To End Manual Scavenging?