Are You Not Tired Of Talks Without Action? This Is What YOU Can DO To Make Women Feel Safer In India

95% women feel Unsafe outdoors in India. Mostly, because their father, brother or husband cannot rush to their aid in less than 5 minutes when they are in trouble.
……
On the other hand, every street in India has at least 2 people who will rush to a woman’s aid if they knew she was in trouble.
……
But there’s no way to connect the dots between the two.

Enter #SAFE, a pan-India initiative driven by Social Cops, a technology social enterprise focused on harnessing the power of citizens & communities to solve real-life problems. In a campaign launched on Gandhi Jayanthi, in collaboration with India’s Joy of Giving Week — SAFE aims to find those two people on every street who would rush to help a woman in danger.

A first of its kind initiative, SAFE brings together the power of communities to solve the problem of women’s safety in India. The concept of “first responders” has previously been successfully used in instances such as providing first aid during accidents and SAFE aims to bring the first responder concept to address women’s safety with its “Community Watchers.” 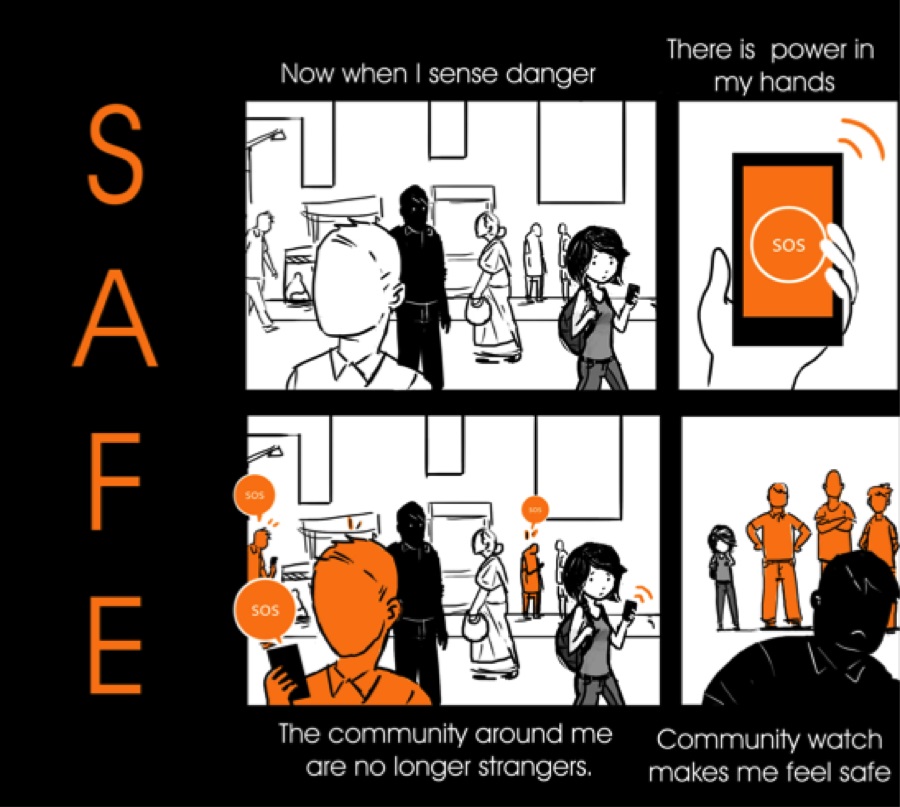 How is SAFE going to work?

What Can YOU do?

From Oct — Dec 2013, SAFE is crowd sourcing Community Watchers — people who have the passion enough to not just talk about women’s safety, but actually step up and take responsibility of making women around them feel safer. A background check will be carried out on Community Watchers who sign up, and they will be given trainings too on Dec 16th, marking the one-year anniversary of Nirbhaya case — SAFE will be released in cities with the threshold number of community watchers.

The Call to Action Is Simple… If you want SAFE to come to your neighbourhood and have the courage to step up as a Community Watcher: Sign up as a community watcher NOW. Click here.

We Need To See Indian Classrooms For What They Are: Casteist And Gendered