Being Young And Making An Impact: Here’s How One Student Helped 300 Villagers

By Annie Fraser in Inspiration

Many problems in our communities live on simply because people underestimate their own ability to make a difference. We become inhibited by the misconception that just because our job title, our position in society, or our age is not directly associated with power or influence, we can do nothing. 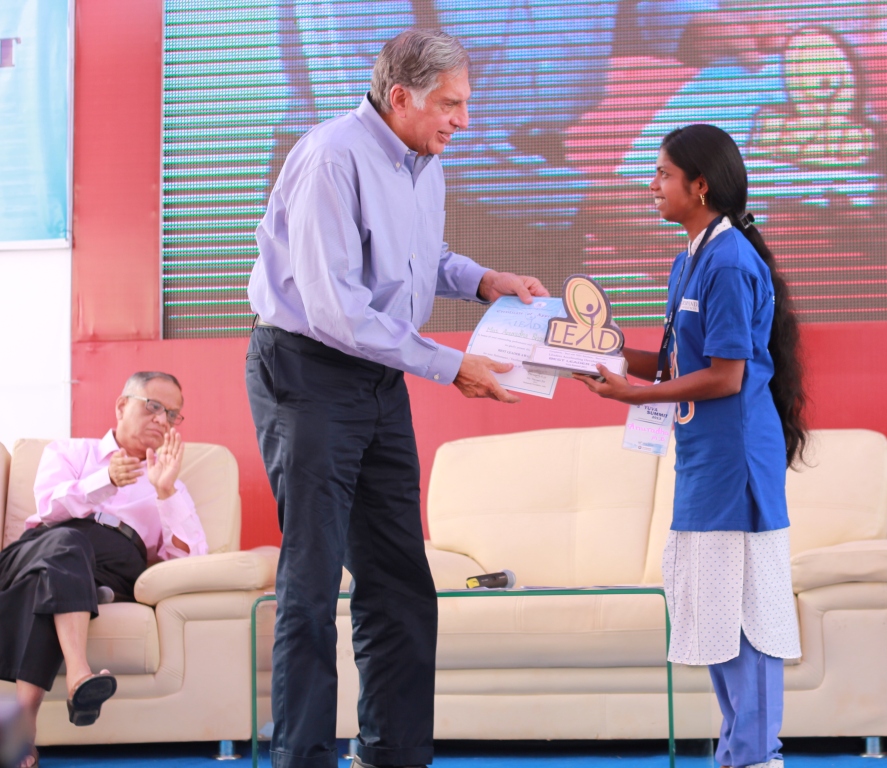 Anuradha Bandari, a 19-year old student from Government First Grade College, Sirsi, Karnataka, has proved us wrong. She might be small in size, but she has a big heart and even bigger dreams. Anuradha believes that our country has everything that it needs – we’re just not using what we have in the right way. Still, many people today are working hard to create new things. But, if everyone works to create new things, there is no meaning. “For this reason”, Anuradha says, “I dedicate myself to making improvements to existing things.”

Anuradha’s village of Bommanalli, near Sirsi, Karnataka, had a water problem. During the hotter seasons, people suffered from water shortages. Anuradha knew that a water tank, which could store enough water to sustain the entire village, would prevent this problem from happening in the future. She also knew, though, that her village could not afford to fund the costly construction of a large water tank. The Gram Panchayat sanctions money for these kinds of construction and development projects, but the money was not being properly utilized. Anuradha realized that the Gram Panchayat had the power and the resources to significantly improve the lives of her villagers.

Under guidance from the Deshpande Foundation’s LEaders Accelerating Development (LEAD) Program, Anuradha took action to find a solution for this persisting problem. She approached the Gram Panchayat herself and demanded their support to help her village. This initiative, while courageous and heroic, was not an easy task. Her age, her anonymity, and her non-intimidating appearance caused the eminent Gram Panchayat members to disregard her request. They questioned Anuradha, questions such as, “Who are you?” and “Why should we give you the money?”. Anuradha became angry because they were not listening to her. But she never lost her confidence. She stood her ground. “I wanted to create change”, Anuradha says, “and I wanted other people to look at my village as an example of what could be possible”.

Anuradha, “just a student”, improved the lives of over 300 people.

Imagine what can be possible once we begin to realize that we can become the agents of change.

*Annie Fraser is an American living and working in Hubli, Karnataka.