This is a docudrama about a hypothetical scenario in 2020 where women will dominate the world scene in both the personal and private spheres of the life.

Following BBC’s the ‘if’ series, this docudrama presentation discusses 3 connected stories. One discusses about a family and how the roles have clearly reversed, the second one follows the estranged dad from the family and his struggle to discover his manhood and masculinity and the third one is on the first female president of US Catherine Garcia and her visit to UK. 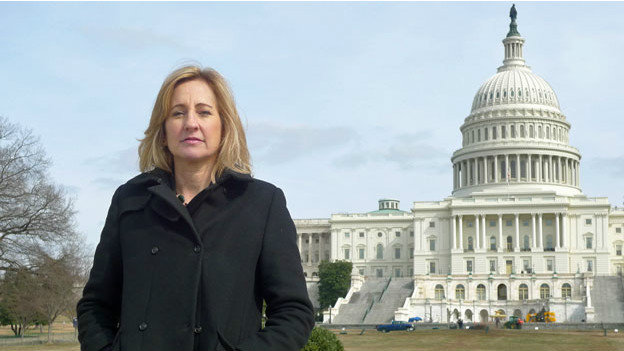 Starting off, the docudrama tiptoes in the present and 2020 about how men are now squeezed and estranged from their families. In order to feel the rush of testosterone and adrenaline and to be able to be feel masculinity, the estranged group plays mock police —robber game amongst themselves with real guns because as of 2020, the world has been feminized.

The family of the estranged man is run by a super successful entrepreneurial woman who is also the head of the family and what is clearly prevalent is how even the workplace has been feminized. The only male child in the family feels lonely. It then follows a discussion, about the societal role of men and how in terms of evolution, the ‘y’ chromosome would become useless and future conception of babies may not require men at all.

The docudrama is bold but conservative. They took a perfectly good idea/scenario but didn’t do justice to it and didn’t delve too far into it. However, one tends to forgo this criticism with the innovative concepts it has used. For e.g. the concept of ‘bitch box’, a machine where men could talk and complain about their ‘male’ issues or the formation of NGOs named like ‘Dads for patriarchy’ or ‘Dads decide to fight back’ and ‘dads against matriarchy.’ Good presentation, should have discussed other issues, but time limitations and the year of production being 2004, dilute my criticism.