The two defining dialogues, that set the tone for the whole documentary were, ‘did you want to go to war in Iraq’ to which he replied “why? Do we like wars, do we like our people being killed”; and ‘if you want to be loved, go be a movie star’. 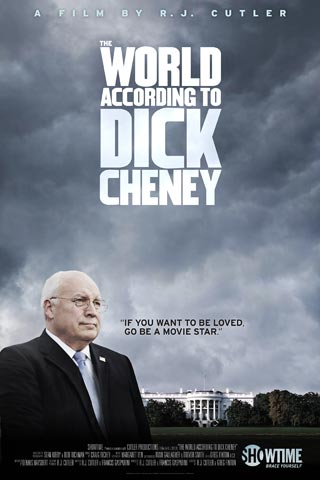 The war in Iraq completed its 10th year anniversary on 19th of March 2013, when Bush, went on all offensive against Iraq for its alleged aid to terrorists and built the case for invasion of Iraq on the possession of nukes. The men, behind the curtains (neoconservatives or hawks as they were called) who led the bureaucratic case for the war, presented Iraqi possession of WMD (Weapons of Mass Destruction) as a ‘slam dunk’ case of which, the one who made the case in white house was former Vice president Richard B. Cheney.

A blunt, definitive piece and a glaring insight into the character of a man, unfazed by political criticism who is highly oriented and unapologetic about his decisions in the 9/11 decade. The documentary gives a great insight into the former vice president’s life and his politics.

Even if the WMD case for Iraq has been proven wrong and the invasion of Iraq was illegal in the international law and the US committed numerous human rights torture (reference to Abu Gharaib prison abuse), the one message that strikes over and over again is that this man does not have any regrets.

Having watched many tÃªte-Ã -tÃªte’s like these, the only problem that I had is, that the director had one chance to interview (considering the Bush administration people have given so little interviews post 2008) and he blew it. Rather than nailing or zeroing on the most fundamental questions, the film has accepted Cheney’s view on the face of it.

Plus, neither his refusal of Vietnam draft nor his gung-ho approach to invade Iraq has been discussed. Cutler wanted to attempt a ‘fog of war’ (Oscar winner documentary on Robert S. Mcnamara and his role in Vietnam) but doesn’t quite actually do it. Three out of five for Cheney’s point of view and a good overlook of the insider bureaucratic maneuvers plus a good initial background score. The documentary may look too polite but, also not overlooking his case which is not just about protecting the American power but also about projecting the American superiority.