India Inc Doesn’t Want You To Know Which Political Parties It Funds!

By Gautam S Kumar in Business and Economy, Politics

Accountability and Transparency, two ideals that are central to any democracy. Two ideals, without which, democracy is impossible. Naturally, any law that gives more emphasis on any of these ideals should be welcomed with both arms by a country’s citizens. Then why is India Inc throwing a fit over the revised Companies Act that aims at doing just that?

Can there be any justification to their stance or are they just blatantly against transparency as their reaction would initially suggest? Our quest for answers begins(quite inevitably) with the act itself. 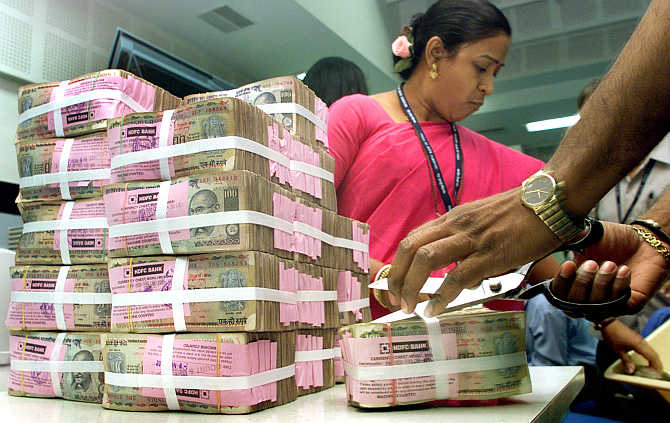 The revised Companies Act’s section 182(3) states : “Every company shall disclose in its profits and loss account any amount…contributed by it to any political party…giving particulars of the total amount contributed and the name of the party…”. The previous version of the law allowed companies to name persons while disclosing political funding and most companies thus refrained from naming any party.

This very section that aims at improving transparency has caused India Inc ( the formal sector of the nation), to throw a tantrum and demand its ‘right’ to secrecy. The issue has been taken so seriously by the formal sector that it has led to the CII (Confederation of Indian Industry) writing to the government, suggesting this particular section be altered. The report says the private industry is apprehensive that full disclosure may lead to a backlash from parties that are ‘less generously funded’ in what one executive called ‘a volatile democracy of ours’.

What I believe this act aimed to do was to empower people. This would enable the people to know where exactly their money was going once they spend it on some service offered by the formal sector. The people can thus make more informed decisions, and would not end up funding something that they were against or did not believe in. Another important point to be noted is that companies in ‘developed’ nations like the USA already disclose this information. Warren Buffet (CEO Berkshire Hathaway) openly supports the democrats and his largest contribution of $30,800 was to the Democratic National Committee in 2011. Exxon Mobil Chairman & CEO Rex Tillerson on the other hand gave the same amount to the National Republican Senatorial Committee.

Now, while one can argue that since Rex Tillerson and Warren Buffet have had no issues in disclosing who exactly they funded, the same can apply here as well. One must also concede to the fact that the political scenario in India is vastly different. Give generously to both sides, and one will surely win (one of the perks of having just two sides?). But for our very own desi corporates, it is cheaper to keep the recipient under wraps. It is way easier to stick to the philosophy that a politician (or the company) can’t be hurt by what he does not know.

A university of Pennsylvania study suggests that India Inc seeking to maintain its anonymity over its funding may not be without due reason after all. In their research, M. V. Rajeev Gowda and E. Sridharan argue that secrecy in political donations became an imperative for political parties because black money was so entrenched into the system and businesses had to deal with such a wide range of parties in power in the central and state governments post the re-legalization of corporate funding in 1985, that corporates found it difficult to come above board for the fear of facing the wrath of rivals that were not supported.

What this shows is that the largely negative public response to India Inc’s move is sadly another case of jumping the gun. Nothing is as simple as it seems and this holds true for this particular case as well. People forget to take all aspects into consideration before they point fingers or make judgements. One of the key features of our political scenario is that despite two decades of economic liberalization, Indian businessmen are still highly vulnerable to discretionary government actions. Starting, operating or expanding a business requires government permission at both state and central levels. The real problem thus becomes the fact that there has been too much discretion vested with the government and the government is thus in a position to arm twist at will. This has given birth to an electoral system which is largely run on black money derived from extortion.

Industrialist Rahul Bajaj had openly hinted at a CII conference in 2011 that most political funding happened through black money generated from corporate houses. “Where does the political party gets its funds from? Come on, I’ve been in Parliament for four years. It’s not cheques, it’s not by small members. All money comes in through black money. Black money doesn’t come from heaven”

Now, where does all this leave us? While it may be true that the revised act aims at providing the public with more information and thus improving transparency, we must also realize that it comes at a cost. What we the public must ask ourselves is, will knowing who the Birlas or the Tatas or Ambanis bankrolled, be worth the price we will have to pay? We must realize that it always comes down to the common man. Here, the common man’s quest for transparency might take him/her to a country where the services he/she receives is drastically reduced. Expansion of businesses will slow down acutely, the number of new services springing up will tumble.

Furthermore, any move aimed at making white money donations any less opaque would only result in an increase in black money transactions. And hence, we are left with a final question, is upholding the ideals of transparency and accountability(to an extent) worth its after effects?