If you stand against dissipation of government coffers, if Mayawati’s parks and statues enrage you, then Narendra Modi’s plan to erect the world’s tallest statue should be no less riling. According to a report by the Business Standard, “The money for the Rs 2,000 crore Sardar Patel Statue will come from the state treasury” 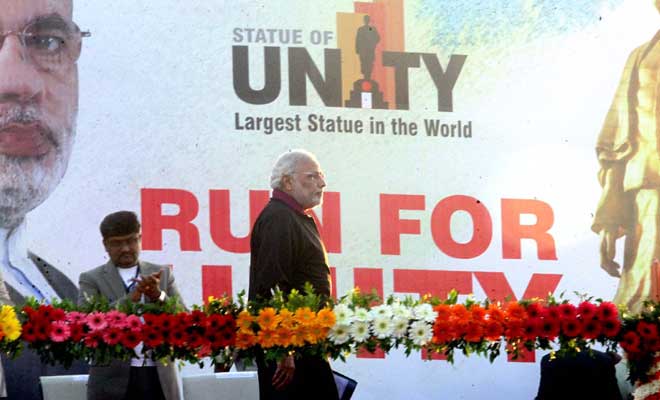 StatueofUnity.com confirms this, “The project cost is estimated to be Rs. 2500 crore and will be completed in 36 months (approximately three years)”

There must be a better way to honour our yesteryear leaders. Spending tax payer’s money on statues is a growing epidemic. It needs to stop. Thousands of crores of money are spent every year to carve idols and statues in the country. India and more importantly in this case, the state of Gujarat, continues to be affected by poverty, inadequate public healthcare and malnutrition.

In this article, Sir Modi you clearly express concern over the rampant malnutrition in Gujarat, then why not use the 2000 crores to devise a scheme to tackle the alarming problem.

Mayawati faced widespread rebuke and censure for the enormous amount of taxpayer money she expended on statues, carved in reverenceÂ for Dalit icons. The criticism was across party lines and saw the BJP and Congress disapprove her actions with equal fervour.

It’s important to understand that there is no significant difference between Mayawati’s statue(s) and Narendra Modi’s statue. Both of them pay homage to a past leader(s) and squander crores of tax payers’ money. There are no two ways about it.

It’s a request. Please pay homage to our much revered leaders through music, films, journals and books. Go ahead, politicize them if you must. But no statues. They can be an expensive proposition. It is astonishing that the countrymen jump to lambasting a 454 crore Mars Orbiter Mission and not a single word of disdain is spoken for a useless 2000 crore exercise.

And again there must be a better-cost effective way to boost tourism and generate employment. Building a 2000 crore statue is definitely not the answer. Sardar Vallabhbhai Patel once said, “My only desire is that India should be a good producer and no one should be hungry, shedding tears for food in the country”

Millions in the country remain food insecure. The expansive ‘Statue for Unity’ project undermines everything that the ‘Iron Man of India’ stood for.

Scapegoating Sanjay Raut May Not Be A Solution