While Russia Banned Gay ‘Propaganda’, This Is What Google Did To Support LGBT Rights

Google’s first doodle dedicated to the Olympic charter portrays more than just the winter games. Designed on the backdrop of rainbow colours of the LGBT pride flag, this doodle celebrates the 2014 Sochi Olympics, while also touching the subject of LGBT rights and Russia’s anti-LGBT propaganda law. 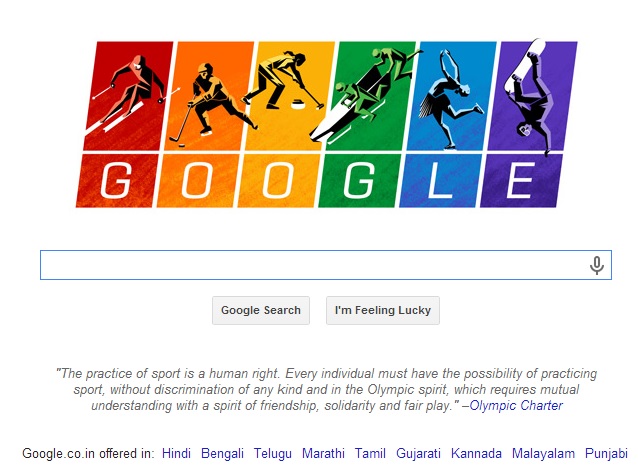 A quote from the Olympic Charter accompanies the doodle saying, “The practice of sport is a human right. Every individual must have the possibility of practicing sport, without discrimination of any kind and in the Olympic spirit, which requires mutual understanding with a spirit of friendship, solidarity and fair play.”

This comes amidst widespread protests against the decision that these games will be held in Russia where it is banned by law to provide information related to homosexuality to individuals below 18 years of age.

The doodle is linked to a search page for Olympic Charter, where the logo becomes a rainbow flag.

In the string of doodles dedicated to the Olympics that will change based on the primary or most popular game being played that day, Google, like always, might have more of such awesomely supportive surprises in store.

The Struggles Of Self-Isolation During COVID-19

An Open Letter To The Prime Minister Of India

Is The Media Biased Or Is It Just Showing Things We Don’t Want To See?