By Sonakshi Samtani in Politics

An estimated 120 million Indians are eligible as first time voters for the upcoming elections in 2014. This time around, there are about 23 million voters aged between 18 and 19 years, and roughly 1.79 lakh new voters from each constituency. 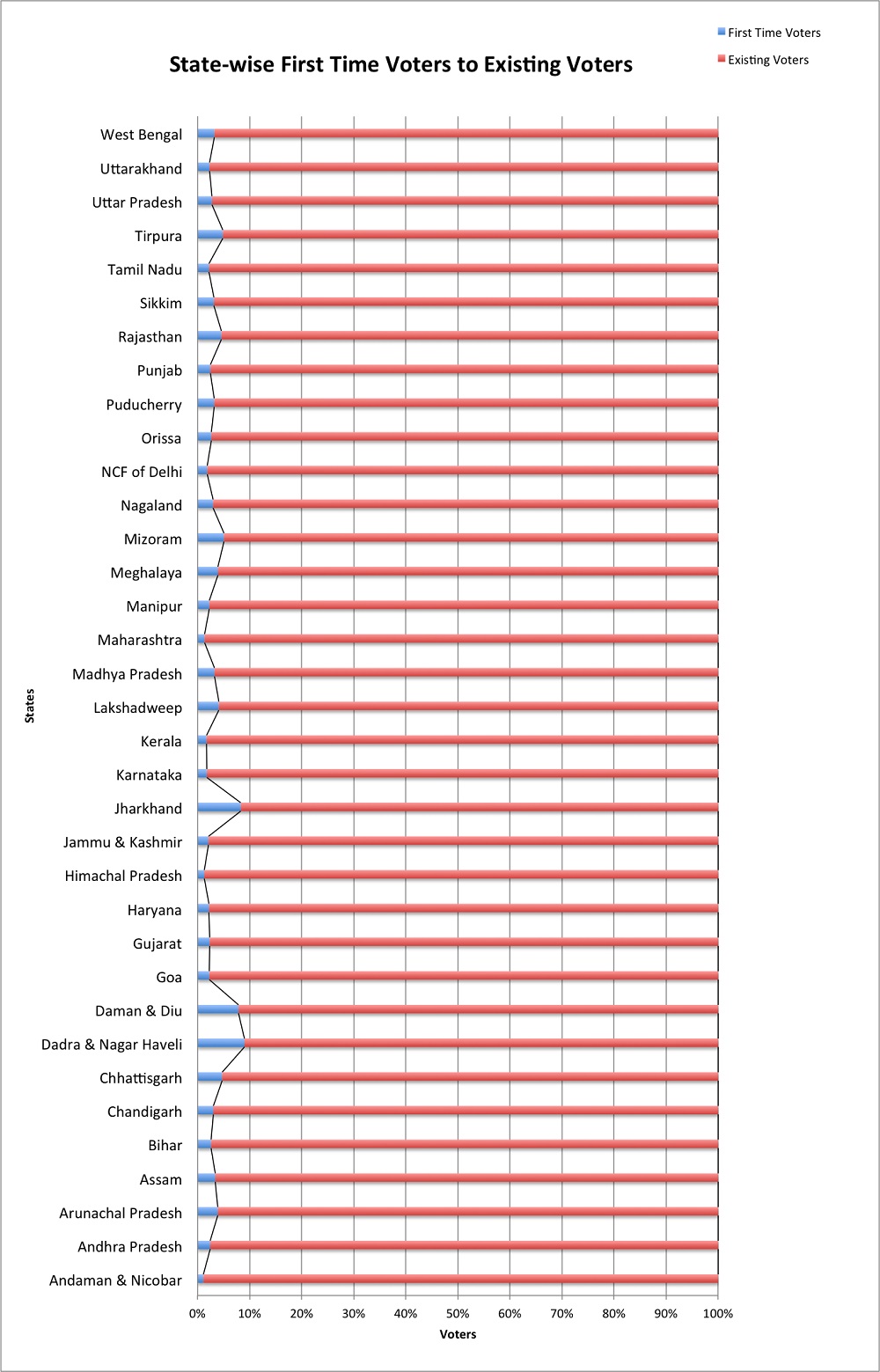 If the voter behaviour in these states is to be analyzed, we can consider a lot of probable influences. It would be interesting to note that the option of NOTA (None Of The Above) might appeal to a large section of first timers. However, there could be numerous regions where the voters are unaware of this choice and its use.

During the 2009 elections, in many states, the vote percentage in rural areas accounts more than that in urban areas. Therefore, social media, a key tool that the political parties are playing on, becomes slightly irrelevant, not wholly.

If popular opinion and social media trends are to be considered, then Modi wins over Rahul Gandhi, as far as first timers are concerned. However, even this opinion is reflective of a largely urban, internet using demograph, a complete picture cannot be ascertained yet. The reach that Congress has in rural India and the benefits of their programmes to the rural population can be debated, but not denied.

Arvind Kejriwal led Aam Aadmi Party may have found its fair share of critics in the mainstream, but after their surprise victory in Delhi, one could consider the probability of AAP as a game changing catalyst in the upcoming Lok Sabha elections.

Congrats Mrs Gandhi: You Lost The Election In 1980 And We’re Suffering Today

Opinion: What Is ‘Unlawful’ About The Right To Dissent?